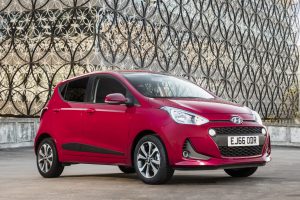 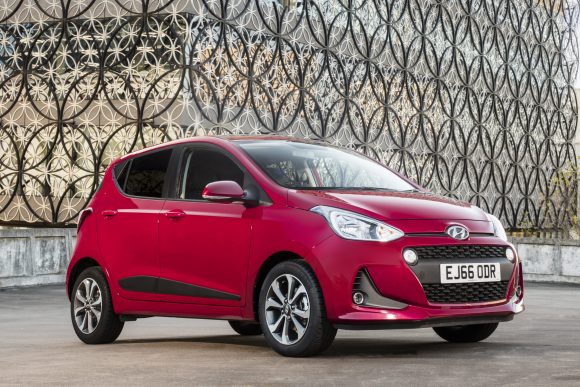 UK NEW car registrations data for March shows that Hyundai Motor UK broke multiple sales records last month, including the biggest ever monthly total for the company and for any of Hyundai’s European subsidiaries.

Total sales of 18,460 cars in March beat the previous UK record – set in September 2016. Dealer sales were up 13.9 per cent and growth was split across private and fleet sectors, up 15 per cent and 4.1 per cent in the month, respectively.

Hyundai’s first quarter tally of 27,856 units represents growth of 9.8 per cent compared to the same period in 2016, and is a record 8.8 per cent ahead of UK business plan. Furthermore, the Hyundai i10 and Tucson recorded sales of 5,964 and 5,394, respectively. These are the biggest ever UK sales for both models.

The new i10 continues to win buyers in the city car segment, with sales up more than 38.4 per cent on the year to date and registering a 12.8 per cent market share. It is Hyundai’s best-selling car in 2017 so far, achieving sales of 8,751 units in the first three months. Hot on its heels is the Tucson, with first quarter sales of 8,409 units – a significant increase of 30.7 per cent on the same period in 2016.

The arrival of the New Generation i30 5-door and IONIQ and the forthcoming launches of IONIQ Plug-in Hybrid, i30 Tourer and the i30 N high-performance model later this year are set to continue Hyundai’s UK sales success story in 2017.

Tony Whitehorn, president and CEO of Hyundai Motor UK, said: ‘March was a landmark month for Hyundai Motor UK, setting a new sales record for the brand in the UK and in Europe, and showing strong growth across the board, with increased demand from private buyers as well as fleet customers.

‘The i10 and Tucson continue to spearhead our sales, with both models up by more than a third compared to March 2016. The New Generation i30 family will continue to bolster our growth in 2017, and we anticipate plenty of excitement about IONIQ Plug-in Hybrid, too – particularly since the Electric and Hybrid models have gone down so well with UK buyers.’

Earlier this month, Hyundai Motor announced the name of its new sub-compact SUV: Kona. The all-new B-SUV will be the fourth member of the brand’s SUV family in Europe, and will play a key part in Hyundai Motor’s aim to become the leading Asian automotive brand in Europe by 2021.

MORE: Bluewater shoppers to get an early preview of Volvo’s XC60 SUV

On SuperUnleaded.com: Here’s how you make a futuristic Porsche render