Home > News > Investigation: Are used car prices about to drop? We ask the experts whether second hand car prices will fall soon

Investigation: Are used car prices about to drop? We ask the experts whether second hand car prices will fall soon

The tide on used car prices could be about to turn as a combination of factors could bring prices down from their sky highs.

The closure of the furlough scheme at the end of October, rising unemployment and a dip in demand could bring prices down by as much as three per cent say some experts.

However, others Car Dealer have spoken to for this investigation are not in agreement with just as many predicting buoyant used car prices will continue well into next year.

What many thought would be a crash in confidence following the Covid-19 restrictions actually played into the hands of used car dealers. Second hand car prices have been rising steadily since the lockdown.

Customers either spent the time at home searching for a used car they wanted to treat themselves to, or those told to give up public transport went looking for cheap wheels as an alternative.

Add in many families not going on holiday and, with little else to spend their money on, dealer forecourts and used car websites have experienced soaring demand.

At the same time, auction houses struggled to push out sold cars quickly enough with fewer staff and social distancing guidelines slowing down the usual processes.

This came as leasing companies and hire cars held on to stock longer as they simply couldn’t get them out via their usual channels.

‘I think it’s quite likely that retail pricing will start to dip,’ said Rupert Pontin of car pricing firm Cazana.

‘The reason for that is we will see some more cars come into the used car market place and there will be a match of supply and demand.’

While demand is still relatively high – and likely to remain so – there is easing pressure on the supply chains as auctions houses start to get back to normal.

Pontin explains, in oue exclusive video interview you can watch above, that he thinks used car prices could dip by as much as three per cent towards the end of this year, but he cautions this is very hard to predict in such a volatile market.

Already there are signs that used car supply is increasing.

eBay Motors Group’s advertising platforms have recorded an increase in inventory for the first time in weeks.

‘We have seen listings on our platforms increase for the last three consecutive weeks – the first time that’s happened since March this year – and that could create some downward pressure on prices,’ said Marc Robinson, of eBay Motors Group.

Robinson thinks that pressure on used car pricing could come from a combination of factors.

‘Q4 will see a mix effect including the end of furlough, the next stage of Brexit and potential local restrictions, any or all of which could potentially affect consumer confidence.’

Not everyone is convinced prices will dip, though.

Derren Martin, Cap HPI’s head of valuations has been one of Car Dealer’s oracles when it comes to car pricing since lockdown and he thinks it’s more likely a drop will take place next year.

‘Used car prices are, on average, seven per cent higher than they were a year ago and have been steadily increasing for some time,’ Martin told us.

‘To put that into context, that is a £1,400 rise on a £20,000 unit. That dynamic is not sustainable as demand and supply synchronise more.

‘Any realignment of prices could be delayed by a number of months and into 2021.’ 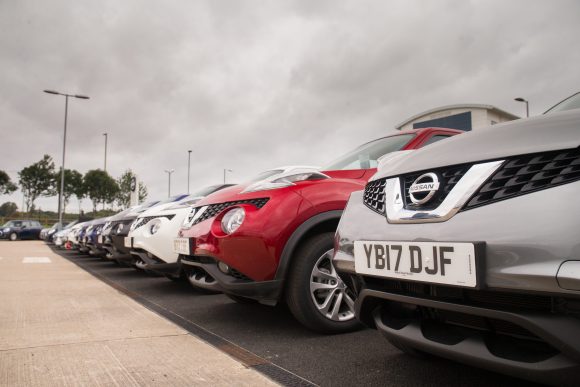 ‘Good demand will continue between now and Christmas,’ he said.

‘Although the UK faces the prospect of a spike in redundancies, strong used retail demand is expected to continue throughout quarter four and beyond.

‘We expect an increased volume of stock from the fleet sector with more dealer part-exchanges over the next quarter, with supply exceeding demand.

‘We are expecting values to begin easing back – although no crash in values is expected.’

Price fluctuations hinge on whether the consumer demand is still out there in great numbers.

As more used cars enter the market, has the ‘pent-up demand’ now been satisfied or is the used car market seeing other trends at play?

‘While supply pipelines of new and used car stock are gradually clearing, we don’t see an imminent scenario in which the balance will be tipped in favour of supply to a degree which could fundamentally damage prices.

‘Although the rate of growth will likely begin to ease in line with typical seasonal factors, we have every confidence used prices will remain robust throughout Q4.’

Cap HPI’s Martin does admit that the usual seasonal drops in the last few months of the year could come back into play, though.

He added: ‘As pent-up demand for used cars is satisfied, the typical pattern of small drops in values in the latter months of the year could be re-established.

‘We could well witness some seasonal downward movements over the final quarter that are relatively normal for the time of year.’

And he added that even if people are losing their jobs, to pout it bluntly – those that are, aren’t traditional car buyers after all.

He added: ‘A tightening of Covid-19 restrictions may have an effect on demand, but consumers will still be able to buy cars.

‘There may also be an economic impact from people sadly losing their jobs, but the pointers are that people in the 18-24 age bracket are likely to be worst affected, and they are not traditional car buyers in any great volume.’

Up, down, around the same? As usual used car prices are as hard to predict as the British weather, but one thing’s for certain – as the winter closes in, keeping an eye on the forecasts will be more important than ever before.