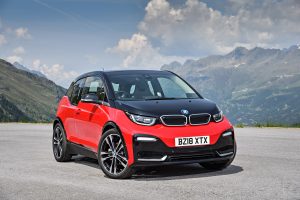 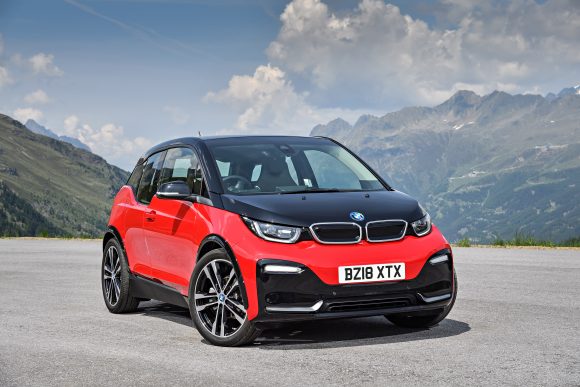 AT THE last count there were more than 80 new electric vehicles on their way to dealer forecourts.

Almost every manufacturer has at least one EV, or some electric-assisted vehicle, in their plans and whether you, or your customers like it or not, they’re coming.

I’m sure you’ve read my rants before about electric cars and how the public charging infrastructure in the UK is simply not fit for purpose.

So, it was without hesitation that when BMW said we could borrow an i3 for a few months I was first in the office to put my hand up to run it. I’m a big fan of electric cars. I love the way they drive, the effortless power and the silent travel – but I’m still not quite so sure what they’re like to live with.

Charging is not the easiest for me. I don’t have a charging point at home, while at work there’s only access to a standard three-pin plug socket – something that would take 15 hours to fully recharge the BMW. That means for larger chargers, I’ll be reliant on the myriad different public charging points.

Swapping to an electric vehicle requires owners to completely transform their mindset. That’s hard enough for me – someone with a good grasp of how the whole EV world works – so I imagine convincing buyers in your showrooms who care very little for motoring that an EV is better must be very hard indeed.

Why on earth someone in charge of all things motoring – Lewis Hamilton or similar – hasn’t got all car manufacturers together in a room and knocked their heads together is beyond me.

There is simply no reasonable explanation as to why a charging cable from Japan should be different to one from Germany when they’re eventually sold in the same country.

The fact you can turn up at a public charging point and still not have the right cable to fast-charge your car is ludicrous. The sooner all cables are the same, work with all cars and, importantly, have the ability to fast-charge, the better.

It’s bad enough having to fathom the charging networks and their different subscription models, let alone turning up at one you’ve planned to fully charge at only to find it doesn’t fast-charge your car, merely trickles it in at a rate just above a three-pin plug.

After Hamilton has sorted out the standardisation of cables, next on his hit list has to be sorting out those public charging points.

Firstly, there need to be at least 10 in every car park you go to and they all need to be fast chargers capable of getting a battery back to at least 80 per cent in under 45 minutes.

Ideally, they need to be wireless chargers that you simply drive over. A subscription model that’s paid on direct debit – like your vehicle tax – should take credit from your bank account every time you top up.

Having to log on to countless different apps to start a charge – some of which make you add ‘credit’ to your account rather than simply charge you for the amount you use – is nothing short of a con. It’s as bad as parking machines that don’t give change.

The government has said all new charging points should be able to accept contactless payments by next year. But it hasn’t  said anything about ensuring all of the current points are updated to accept payment this way too.

That needs to happen, and it should have happened yesterday. Another one for Hamilton – he’s going to be busy…

I always give these things the Mother Baggott Test.

Could I persuade my mum, who is about to change her car, to swap her diesel Fabia for an electric alternative?

While it would fit perfectly with her driving habits, she wouldn’t be able to charge at home as she lives in a flat and doesn’t work, so she’d be reliant on public charging points.

The fact these are so complicated to fathom effectively rules that out. The whole thing needs to be easier to understand and there need to be bigger incentives to change.

Free parking in every car park for life would be one. OK, that might be difficult when more EVs are on the roads, but as a simple, easy incentive that would make normal motorists sit up and take notice now, it’d work.

Either that or a scrappage scheme that gives buyers an additional £5k off if they chop in a combustion-engined car for an EV alternative. But there’s probably no chance of that, despite the fact it’d no doubt make the government money in VAT receipts.

Don’t get me wrong, I love the BMW i3 I’m driving around in.

It’s a brilliant car, but I’m someone who is willing to accept its limitations and try to work around the countless hurdles put in the way of EV ownership.

Sadly, I’m probably in the minority. Until they make it easier for every driver to make the change and put up with the quirks of EV ownership, or alternatively give people real, quantifiable benefits to switch, then the uptake is going to be slower than a charge on a three-pin plug.

MORE: Jaguar calls for Oxford English Dictionary to change its online definition of a car