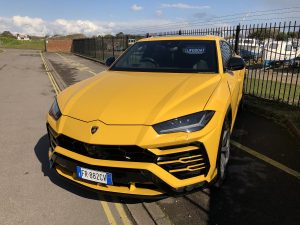 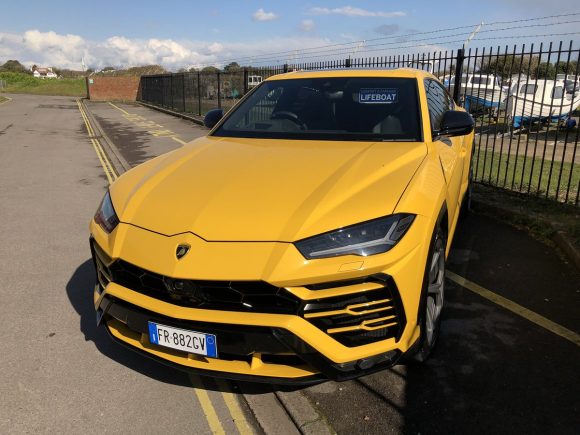 James Baggott: I’ve been driving the good, the bad… and the Urus

WE’VE had a huge plethora of test cars grace our car park at BBM HQ lately.

Usually I like to poke around them a bit, sometimes borrow the more interesting ones for a trip to Tesco at lunch, but when it comes to driving home, tend to jump in my trusty long-termer and forget all about them.

Not this month though. In the interests of writing a column that’s not my usual rant about something random, I thought I’d go back to basics and give you a quick-fire review of the metal I’ve had the pleasure – and displeasure – of driving recently. It started with a 700-mile round trip to Liverpool, via the scenic parts of Chester, in the new BMW M5.

I’ve long been a fan of the autobahn-crushing Beemers, but this latest M5 is quite frankly astonishing.

Four-wheel drive when you want it, rear-wheel drive lairiness when you don’t, the 591bhp four-door can hit 60mph in under 3.5 seconds.

It’s packed with tech, comfortable for miles and despite some heavy right-foot action, it still returned more than my hybrid long-term Volvo V90 T8 (31mpg), registering 33mpg over the road trip.

Would I buy one? In a word, yes. Review over. Next up was a car I’ve been waiting to try for far too long – the Alfa Romeo Giulia Quadrifoglio. It might have a name like a meat-free Italian pizza, but if this were car of the year time, I’d be hailing this the winner.

The 2.9-litre V6 BiTurbo is the equivalent of a Pizza Express American Hot (with an egg).

Tuneful, soulful and packed with armfuls of power – 510bhp – it fires you forward at rates that permanently plant a stupid, kid-on-the-final-day-of-term grin on your face. It’s special, this car, very special indeed. From one red sports car to another – this time Audi’s renosed R8 V10 Plus.

I couldn’t make the launch, so road tester Jack Evans went to collect it. Actor Tom Hardy even made an appearance – he lived down the road and apparently loved them so much he wanted to come along.

I’m not so sure what he loved. As a former R8 owner – I had an original V8 manual, which was perfect – I found the new model completely lacking in character. I hate to say it but it was just boring and woefully uncomfortable.

I drove it to McLaren’s Technology Centre to see the unveiling of their new Grand Tourer (more of that when the embargo lifts) and could not wait to give it back.

Yes, the V10 sounds good, and yes, it might be the last time an engine like this graces a mid-engine sports car, but how at the same time can it be so dull? It’s just not very good and, at £184,000, ridiculously overpriced.

From that disappointment to an incredible surprise. I visited Goodwood for their media day, celebrating the upcoming season.

My lifeboat responding car (for the next 24 hours at least) is more lifestyle than yours pic.twitter.com/rFWEnyktKU

At the glorious race track, the team had assembled the poshest of manufacturers.

From Ferrari to Lamborghini, Rolls-Royce to, er, Ford – there was a huge choice of cars for the press to have a go in. I missed the chance to try the Ford GT, wasn’t quick enough to grab the keys to the Lamborghini Aventador SVJ, but did manage to sweet-talk the Rolls-Royce PR team to give me a go in the Cullinan.

This is one very, very posh SUV. One that has added lots of very expensive materials, fine touches like crystal drinks glasses for the rear passengers, solid metal buttons and huge automatic doors that shut themselves – it means you’re left with a car that feels like Buckingham Palace.

When I saw pictures of the Cullinan, I hated it. When I read the reviews, I still didn’t get it, but now I’ve driven one, I totally understand why this £339,000 house on wheels is selling so well. It’s incredible.

From the world’s most expensive SUV to one of the cheapest and arguably just as desirable: Suzuki’s Jimny 4×4.

Elsewhere in the mag you can find out just how popular this Japanese Tonka Toy has become.

Yes, it might look like a five-year-old has drawn a Jeep, but it’s so much fun. It just made me want to drive over things.

Roundabouts, kerbs, chavs – you name it, I wanted to crush it with the Jimny. It was so good that when I had the choice of this or the Quattroformaggio for the weekend I chose this.

Yes, really. And now I appear to have run out of words. Which is probably handy because I could write an essay on the Lamborghini Urus and how it could possibly be the biggest example of the Emperor’s New Clothes the car industry has ever seen.

But I won’t go into that. What I will say is that the next time you hear someone say ‘urgh, all new cars are the same’ or ‘there’s no such thing as a bad car’, tell them quite categorically that they’re talking horse turd, because nothing could be further from the truth.

MORE: Mark in the hot seat as general manager of Birmingham dealership