Home > News > James Baggott: Is it really a good idea to go for that quick drink after work? 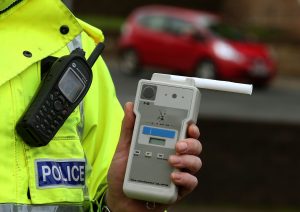 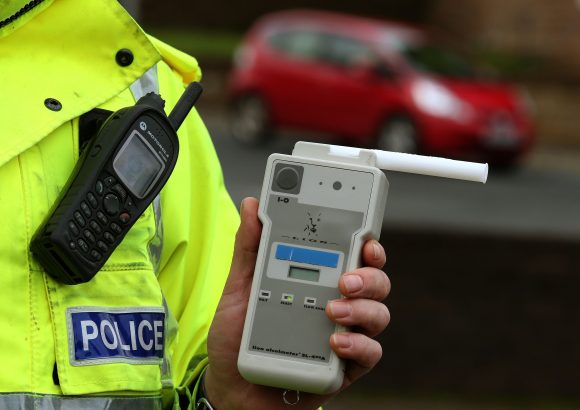 James Baggott: Is it really a good idea to go for that quick drink after work?

OVER the past few months, I’ve spent a lot of time with traffic police officers battling the scourge of drivers who get behind the wheel after a drink.

Over the years, campaigns and clampdowns have made drink-driving about as socially acceptable as marrying your dog – and rightly so. However, after joining officers on the streets in an unmarked police car on the look-out for repeat offenders, I realised the number of motorists who’ll play Russian roulette behind the wheel is still too great.

For a feature for one of our outlets, I spent the evening in the run-up to Christmas in the passenger seat of an unmarked BMW 3 Series, seeing how cops like PC Rob Lewis catch these blatant law breakers. In a candid interview, he told me the many telltale signs he’d look for when spotting law-breakers who’ve got behind the wheel after too many beers. Steamed-up windscreens, a driver’s window down in the depths of winter, weaving in and out of lanes and breaking – or not breaking – the speed limits were all prime giveaways, he said.

I wrote a piece about how the cops spot a drink-driver and was worried I was giving too much away to help offenders. Not true, said another cop, PC Chris Powling.

‘No matter what, an impaired driver – be that through drink or drugs – will give themselves away,’ he told me. ‘Publish the article because it will serve only to highlight the fact we’re out there looking for these law breakers every time we’re on shift.’

During our time in the unmarked car, we caught one van driver who was twice the legal limit. He’d had an argument with his girlfriend and decided to get behind the wheel after drinking half a bottle of vodka. He was soon carted away in a police van and two weeks later handed an 18-month disqualification and £230 fine by magistrates.

My night on the beat with the traffic cops – and cases like that – gave me a fascinating insight into the work they do to keep our roads safe. What amazed me most was their compassion, their professionalism and the fact they used common sense to police the roads. Speeding drivers were treated sensibly, only pulled over when they really took liberties – not when driving at speeds you and I would drive at every time we took to the motorways.

Just a few weeks later, I witnessed the true horror of the work these traffic cops have to deal with on a daily basis. Nearing the end of a 12-hour drive back from the French Alps, I was approaching Portsmouth when I witnessed a horrendous car crash.

A Vauxhall Astra, entering the A3(M) from a slip road, turned hard right into the central reservation, spinning across all three lanes before digging into the gravel and barrel-rolling four times in the air, some eight foot above the ground. It eventually landed on its roof, on top of some Armco at the side of the motorway.

It was just after midnight and there were few cars around. We pulled over and while my passenger called the emergency services, I approached the car with trepidation. From what I’d just witnessed, the chances of anyone climbing out alive were slim.

I gingerly tapped on the window, but in the dark could see nothing inside. I reached for my phone and its torch function and slowly raised it to the glass. There, from deep in the passenger footwell, an arm reached out towards me. A dazed and seriously confused driver was trying to climb out.

I asked if he was OK and if there was anyone else in the car – but he couldn’t muster a reply, only able to shake his head in shock. I attempted to open the crushed driver’s door, but the contorted metal wouldn’t give. I tried the rear door and after a couple of hefty pulls, it sprung open and I pulled the driver out.

As he climbed out into my arms I asked him again if anyone else was inside. ‘She might have been in there with me,’ he said. ‘I don’t know.’ Considering the number of times the car had spun in the air, and the darkness, I couldn’t be sure if I’d seen anyone else thrown clear. Amazingly, the driver didn’t have a scratch on him. I put my arms around him, wrapped him in a blanket and offered some reassurance.

Five police cars, three fire engines and two ambulances were soon on the scene – I recognised the officers from the drink-drive attachments I’d been on a few weeks before and was relieved they’d turned up so fast.

While chatting to the driver I could smell the booze. The cops could smell it too. He was breathalysed and blew three times the limit. At this point, my concern turned to anger. He’d walked away from a huge accident that only a few seconds later would have wiped us out. My rage burned deep into the night.

The temptation to drink and drive is very real indeed. How often after a busy shift do you ask your colleagues to join you for a ‘quick one’ in the pub? But that’s where the danger lies. I’ve seen first-hand the devastation those seemingly innocent drinks can cause.

It’s made me think twice – and by telling you this story I’m hoping that maybe, just maybe, it’ll make you think twice too.

MORE: Norwich Mitsubishi dealership starts 2018 with all the right moves