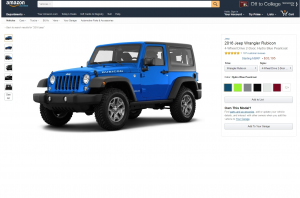 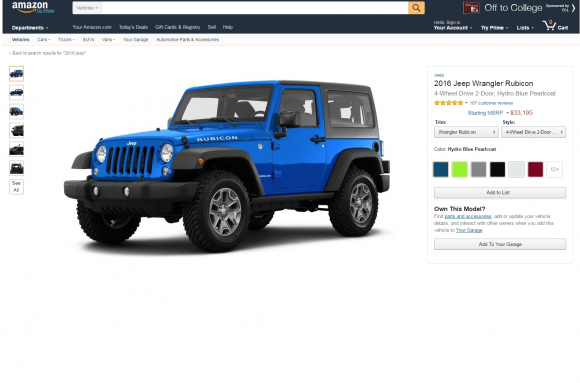 IN business it’s always good to know where the next threat is coming from.

It’s decent business practice to know if Dodgy Dave Down The Road has decided to ditch his bargain-bucket bangers and is instead planning to start hawking nearly new motors to compete with your pre-reg.

But what if the threats weren’t from where you expected? What if it was so blindingly obvious that you hadn’t even considered they would be the ones to hit you harder in the hard-earned than anyone that’s ever gone before them?

No, I’m not talking about HMRC – those money-removing magicians are a given – I’m talking about those brand names that we use every day.

Virgin tried it; that didn’t last. Tesco tried it, and we all know how that went. But what about the bigger brands? What about the not-so-sleeping internet giants of this world who’ve got so many billions in the bank they could buy the Moon and use it as an outpost for their R&D teams, just to make them look ‘a bit kooky’? You know who I’m talking about – rhymes with boogle. They’ve even tried it before.

‘Selling cars can’t be that hard, can it?’ I imagine thought Larry and Sergey, so they set up a test in California.

I like to think it was them, on their own, coding away furiously, high on 14 Red Bulls and two and a half packets of Haribo, angrily prodding at a keyboard to change the face of car retailing, but it probably wasn’t. They were probably too busy creating Google+. (Too soon?)

Anyway, Google’s model was one we’ve sort of seen before. They let Californian users search for cars at local dealerships and then request a ‘quote’ from the showroom. But there was a ‘clever’ twist. They didn’t actually reveal who the potential buyers were to the dealers.

Instead, quotes were sent to a proxy address or phone number and then forwarded, by Google, to the customer.

They obviously deemed handing over the contact details of the user to dealers was like handing over children. What would those evil salespeople at the dealerships DO with these details? Phone them! Maybe even… No, they couldn’t, could they? They wouldn’t dare to, would they? What if they EMAILED them too?!

Needless to say, Google didn’t have the luck they were hoping with it. I’ve done some research – well, I’ve used said search engine – and could find little evidence of the project still being around. But then I’m in Gosport, not California, and I’m pretty sure they can work out where I am.

Now there’s a new threat, one that’s even more omnipresent than those doodle logo-wielding web nerds. This month the drone-threatening, Prime-pushing book sellers at Amazon have decided to muscle in on the car market too.

Dubbed ‘Amazon Vehicles’ (can you see what they’ve done there?), the site promises to be a ‘car research destination’ and ‘automotive community’. Oh, pass me the sick bucket, I just threw up in my mouth. They say they’ll make it ‘easy for consumers to get the information they need when shopping for vehicles’. Sorry, but isn’t that what the internet is for? Is Amazon trying to out-internet the internet? I wouldn’t put anything past them.

So far, the site offers no way for consumers to buy cars. But that’s like Tesco setting up a site to give people advice on shopping for groceries, and then not offering them the chance to buy any. Why on earth would they do that? Well, obviously they wouldn’t. There’s a plan in them there digital hills and I’d bet my house on Amazon thinking it’s golden.

So, friend or foe? Well, I’m not sure. Buying cars online is something that’s fraught with difficulties – consumers might say they’re ready for it, but then they’re not really, are they? They still love seeing cars in the metal, kicking the tyres and working out if their bigger-than-they-think-it-is bum fits in the driver’s seat. Amazon may know retailing like few others – arguably it’s the greatest retailer on the planet – but even for them, the art of selling cars by humans and the relationships and services that come with it might just still be out of reach of a machine. But then what if they promised to deliver the cars with drones?

Oh, well that’s an entirely different proposition altogether… and I’ll have to come back to you on that one.

MORE: Issue 103 of Car Dealer is ready to be downloaded to your iPad

On SuperUnleaded.com:  We Have A Release Date For The Grand Tour