Home > Baggott > James Baggott: Technology’s fine, but I don’t want my car to crash while I snooze 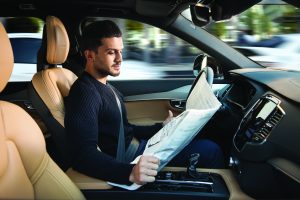 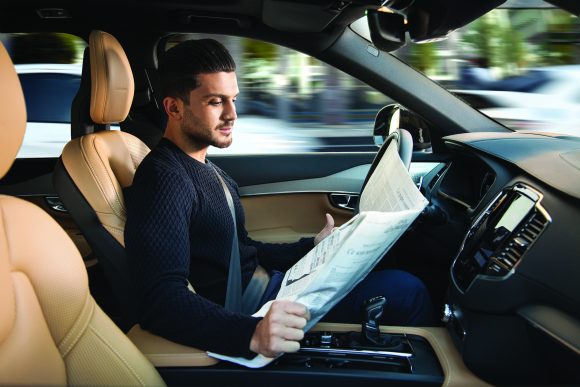 James Baggott: Technology’s fine, but I don’t want my car to crash while I snooze

THE human brain and its ability to concoct better, cooler and smarter things than ever before never ceases to amaze me.

The fact some people aren’t simply content with sitting back and reading the paper with a cup of tea, and instead spend their waking hours perfecting, refining and improving even the simplest of everyday objects always staggers me.

The internet, for example, came from a human brain. Space travel? Someone thought of that. A camera that takes images of the world and puts them on a piece of paper? Yep, a human nailed that. A small piece of plastic you stick in your eye to make you see properly? Another human. Even brain surgery came out of a human brain.

Every year the innovation continues: Time Magazine named a levitating light bulb, a folding bicycle helmet and Apple’s wireless headphone Airpods among 25 of the best inventions of 2016. Okay, so they might not quite rival the might of the internet or penicillin as milestone steps forward for humanity, but they show the power of our desire to constantly invent is very much alive and strong.

Closer to home, the constant march of improvement is never more so apparent than in cars. Every new model claims to be better than the last, boasting new technology and gadgets that will make our lives more comfortable. Every new car launch I attend starts with a product specialist standing in front of very many PowerPoint slides, all of which explain how the new car is better than the old one. This is usually closely followed by said person explaining why all the new technology makes it even better than before.

Now, I love new ideas. I lap up new technology and new fads like the perfect consumer. Apple Watch? Yes please. 3D TV? Yep. Virtual reality? I’ll take it. But this all comes with a caveat: It has to work – and it has to work perfectly. Unfortunately in the automotive world, those great ideas don’t always meet that stringent criteria.

Let’s take voice control. I wouldn’t like to hazard a guess at the number of times I’ve sat shouting at my car, as if it were a badly behaved dog, asking it to do something very simple indeed. Usually something which my finger could achieve with less of an increase in blood pressure and in half the time than it takes to tell an illiterate robot to do it for me. If anyone can convince me voice control is anything other than a gimmick, then I’m all ears.

Self parking? Pointless. If you can’t park your car, don’t get in it. It’s never as quick or as smooth as it should be, it fails to spot spaces you know you could get in, and feels about as natural as swimming with your clothes on. Even tech as simple as automatic windscreen wipers doesn’t work quite as well as it should. Okay, some might find it’s quite nice not to have to think about turning them on – but they’re probably the same people who forget to put shoes on before leaving the house. Flow chart: Is it raining? Yes: Turn them on. No: Turn them off. Simple.

It’s the same with automatic headlights. The newest systems can ‘blank’ out the car in front or oncoming traffic and still illuminate the road in front of you, but then throw in a bend or some other road users and it gets itself tied up in a flashing mess. What’s wrong with turning lights on and off yourself? I mean, honestly, how lazy do you have to be to want that to be done for you?

Okay, I get that I’m starting to sound old-fashioned now – and that’s not my point. I want change, I want improvements, I just want them to be well thought through and work perfectly. We’re at a pivotal point in the car world right now where boffins and bosses are attempting to convince us that very soon our cars will be able to take over and drive for us, completely autonomously.

And I’ve got big issues with that – especially when the semi-autonomous functions on most modern cars just don’t work perfectly. Take automatic lane control, the precursor to autonomous steering. On my new long-term Audi A6 it works brilliantly 95 per cent of the time, but throw in some unusual road markings or repairs and it thinks you’ve strayed from your lane and attempts to fight back. Forgive me, but I simply don’t want autonomous tech to work ‘95 per cent of the time’. If I’ve decided to take a little nap in the back of my 2020 executive saloon while it pilots me down the M4, the last thing I need is some dodgy road repair to cause my car to give up and hurtle into the central reservation.

We need to be able to trust technology as breakthrough as this and trust it implicitly – and that job starts now.

Car companies should be perfecting the little things – little things like auto wipers, lane assist and voice control – if they ever want consumers to trust the big tech, like being driven to work while they sleep.

MORE: Ford is the most desirable autonomous carmaker according to UK motorists

On SuperUnleaded.com: Foul Play! That’s No Way To Treat A Lamborghini Huracan…