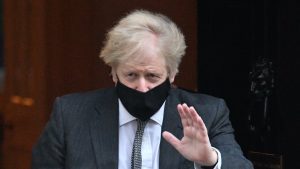 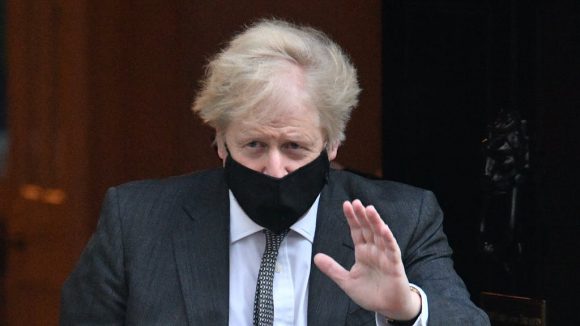 The UK is free to pursue independent trade policies for the first time in more than four decades after the Brexit transition period with the European Union came to an end.

Membership of the single market and customs union expired at 11pm – four and a half years after the in-out referendum which sought to settle the issue but sparked political turmoil.

Prime Minister Boris Johnson said the EU had provided the UK with a ‘safe European home’ during the 1970s, but the country has now ‘changed out of all recognition’ with global perspectives.

The FTSE 100 tumbled lower on the back of a strong pound on the last trading day, as London’s leading index suffered its worst year since the 2008 financial crisis.

The index once again lagged behind its international peers as currency pressures and soaring coronavirus case numbers weighed on sentiment.

A joint statement from England’s Professor Chris Whitty and the CMOs of Scotland, Wales and Northern Ireland said the public would ‘understand’ and ‘thank’ them for a plan to give first jabs as a priority, delaying the follow up vaccination for others.

New Year’s Eve brought a new record high of 55,892 daily lab-confirmed cases in the UK – the highest since mass testing began in late May – with a further 964 deaths within 28 days of a positive test.

NHS Providers deputy chief executive Saffron Cordery said pressure on hospitals was ‘intensifying’ and warned: ‘We are in for a very difficult new year.’

The turmoil on the high street saw 176,718 jobs lost across retailers during 2020, according to new figures from the Centre for Retail Research (CRR).

This meant around 3,400 jobs within the retail sector vanished each week during the year and experts from CRR have warned that this could continue in 2021.

Four-fold increase in business lending in 2020

British businesses have come out of 2020 having borrowed huge amounts of money to get them through the year, as the Government backed banks to encourage them to lend.

More than £68 billion has been borrowed by businesses in loans that are partly or fully guaranteed by the Treasury.

It has meant a four-fold increase in business lending this year, as companies scrambled for cash to keep them afloat through the Covid-19 crisis, according to Bank of England statistics from earlier this month.

Lockdown restrictions and a spike in home office equipment sales have sparked concerns over the amount of e-waste the UK is producing, according to new research from the Royal Society of Chemistry.

Nearly half of people who moved to home working during lockdown invested in new IT equipment (48 per cent).

Its research, which used sales data from electronics retailer Currys PC World, found that 11 per cent of people simply put old technology in the bin and only 13 per cent chose to recycle it.

Freezing start to the year

Thermometers will plunge below zero for many after midnight with some places in the south reaching minus 4 degrees, said the Met Office.

As the country wakes up, in southern parts freezing fog patches will reform, while other areas will see brighter skies.

While it’ll be brighter in the north and Scotland, they will see severe frosts over the weekend and 23 parts of the south and east still have flood warnings in place.