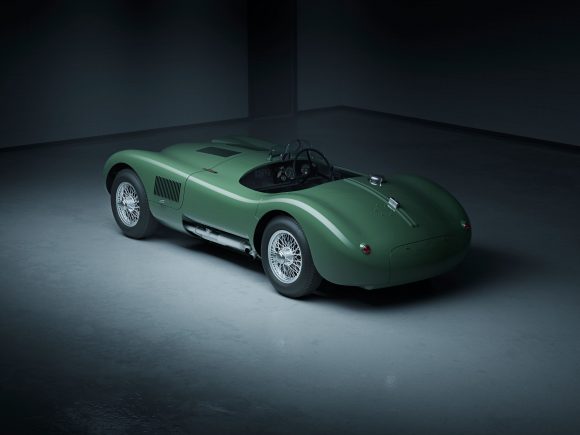 Britain looks on course to narrowly avoid its first double-dip recession since the 1970s and recover sooner than first feared, according to an economic think tank.

The EY Item Club said it believes the economy flatlined in the final quarter of 2020 rather than contracted thanks to a resilient performance during the November lockdown.

While the latest, tougher lockdown is set to see output fall sharply in the first quarter of 2021, the Item Club said that the absence of a contraction at the end of last year will see the UK avoid a much-feared double-dip recession. A recession is defined by two quarters in a row of falling GDP.

The live show will see the CEOs of the two publicly listed companies chat about how dealers are performing during the third lockdown.

The pair will take questions from Car Dealer editor-in-chief James Baggott, and from the audience, about what sort of buyer demand they are seeing in dealerships and on the classified advertising platform. Read the full story.

Coronavirus infections at highest level since May

The number of people infected with coronavirus is at the highest level recorded in England since May, according to a study.

The research, which saw more than 167,600 volunteers tested in England between January 6 and 22, showed that Covid-19 infections remained very high throughout this time, with one in 64 people infected.

It comes after Boris Johnson announced lockdown measures will remain in place in England until at least March 8, and said travellers returning to the UK from ‘red list’ countries will be sent to quarantine hotels for 10 days.

Renewables overtook fossil fuels to be the biggest source of electricity in the UK for the first time in 2020, a report shows.

In 2019, renewables generated 37 per cent of the UK’s electricity compared with 45 per cent for fossil fuels.

Former prime minister Tony Blair has called on Boris Johnson to use the G7 to push a global coronavirus vaccine passport scheme.

The government is understood to be funding at least eight separate firms to develop such a product, which is already in use in countries in the Middle East and Asia.

Blair said the UK needed to take advantage of its presidency of the G7, which aims to meet in Cornwall in June, to lead the drive for a global vaccination passport to allow borders to reopen safely and travel to resume.

Grandparents can only see their grandchildren when tens of millions of people have been vaccinated and levels of Covid-19 have been properly brought down – even if they have had their first jab, England’s deputy chief medical officer has said.

Professor Jonathan Van-Tam said ‘all of the rules still apply’ even if grandparents have had their first vaccine dose, but said we are ‘tantalisingly close’ to a time when our lives will change for the better.

He added it is currently very difficult to say whether it will be ‘possible or advisable’ for anyone to go abroad on holiday this summer.

The average price motorists paid for their motor insurance during 2020 was at a four-year low, according to insurers.

Average prices did creep up towards the end of last year to £468 in the fourth quarter. But the Association of British Insurers, which published the index, said this was in line with seasonal trends and the figure was still down by three per cent on the same quarter of 2019.

Some of London’s biggest miners led the stock market lower yesterday after an update from gold and silver miner Fresnillo battered its shares.

The miner said that the tough Covid-19 situation in Mexico had delayed the opening of a vital plant, pushing its shares down 13 per cent.

Sir Philip Green’s Arcadia retail empire collapsed into administration under the weight of a £750m debt pile, according to reports.

The Topshop and Dorothy Perkins owner slumped into insolvency last month after becoming the latest high street firm battered by the pandemic, putting 13,000 jobs at risk.

Reports by administrators Deloitte show Topshop and Topman failed with gross liabilities of more than £550m, according to the Daily Telegraph.

Jaguar is celebrating the 70th anniversary of its iconic C-type by producing eight ‘new’ versions of the 1953 Le Mans 24-Hour winning car.

The British firm’s Continuation programme takes classic models from bygone eras and uses a combination of period-correct manufacturing techniques and materials with modern parts where necessary.

The BBC says Northern Ireland and the southern half of Britain will be dry albeit cloudy. Further heavy rain will arrive in the evening. Rain, sleet and hill snow will linger in the north for much of the day.

This evening in the north, rain, sleet and hill snow will ease before further rain pushes in from the south-west. Further south, the heavy rain will clear by midnight to showers and patchy cloud.

Tomorrow morning, hill snow will continue to fall in Scotland but skies will clear in the north through the day. It will be mostly cloudy and dry for the rest of the UK but some sunshine in the south.