The government has announced £93m in funding for road upgrades across the country, with more than half going to the ‘Northern Powerhouse’.

Transport Secretary Grant Shapps today confirmed the cash is being used to ‘fuel the economic recovery from Covid-19’.

The Kex Gill section of the A59 in North Yorkshire is set to receive £56m for a ‘dramatic overhaul’, Birchley Island in the West Midlands will receive £24m to reduce congestion in the area, and £13m has been earmarked for the roads linking the New Forest to Southampton.

A bus has been converted into a vaccination centre on wheels to reach people who will struggle to travel to appointments.

The scheme, launched in Crawley, West Sussex on Thursday, is a collaboration between the NHS, Metrobus and the Alliance for Better Care (ABC), and is thought to be one of the first.

Handrails and seats have been taken out, making more room for medical staff and equipment as they make their rounds.

Uber’s planned takeover of British tech firm Autocab is to be investigated by the competition watchdog over concerns about its possible impact on the UK taxi market.

We’ve launched our investigation into Uber’s anticipated acquisition of Autocab and want to hear your thoughts on how this merger could impact the UK taxi market.

The Competition and Markets Authority (CMA) will examine whether the deal could result in a ‘substantial lessening of competition’.

Manchester-based Autocab provides private hire taxi operators across the world with software to run their business.

Lorry drivers will not be affected by France’s decision to close its borders to non-European Union countries from Sunday, Transport Secretary Grant Shapps said.

French Prime Minister Jean Castex announced the measure on Friday night, warning of a ‘great risk’ from the new variants of Covid-19 but Shapps has stressed this ‘does NOT apply to hauliers’.

It comes after thousands of hauliers were left stranded in Kent in December when France closed its borders following the discovery of a fast-spreading coronavirus strain in the UK. 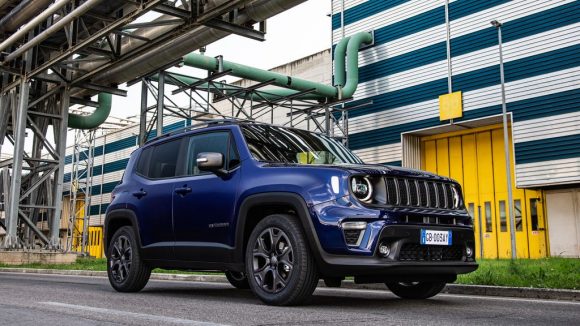 Jeep is marking its 80th birthday with the release of two special edition models.

The American firm’s story started back in 1941 with the iconic Willys MB and has grown over the decades to continue producing some of the world’s toughest and most capable off-roaders.

Now, eight decades on, Jeep is celebrating its milestone with special edition versions of its Wrangler and Renegade models.

Bosses at Boohoo have said they are in exclusive talks to buy some of the remnants of Sir Philip Green’s high street empire, as online fashion giants cap off a week of dominance over their brick-and-mortar rivals.

The online fashion brand said it is negotiating with administrators of Arcadia over the future of the Dorothy Perkins, Wallis and Burton brands.

A deal could see Boohoo buy the three, excluding the HIIT brand sold at Burton, although the board stressed that so far these are only discussions and that no deal is guaranteed.

A yellow warning for ice covers much of north-east England and large parts of Scotland until 11am on Saturday, bringing dangerous conditions for motorists.

Heavy snow is forecast for large parts of Wales throughout Saturday, while small flurries could hit London and parts of south-east England, the Met Office said.

Torrential rain is forecast across Cornwall and much of Devon until 8pm on Saturday evening, bringing the risk of flooding and transport disruption.