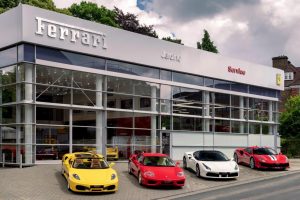 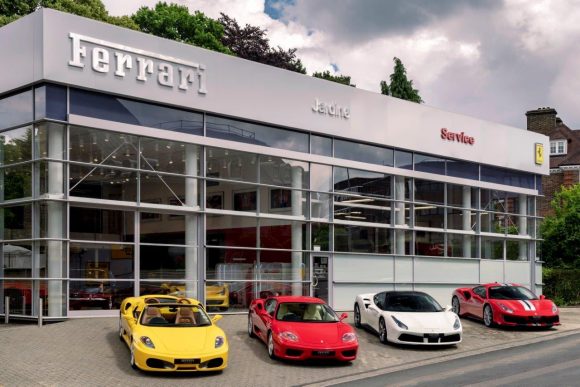 However, directors said the drop in profit ‘reflected the downturn in the UK new car market’.

Revealing how the group has coped with the Covid-19 crisis, the report said 85 per cent of its staff were at one point placed on the government furlough scheme.

And the report reveals the group now convenes a weekly coronavirus committee – chaired by the CEO Neil Williamson – which looks at safety measures and further action plans.

Despite the downturn, the group is confident that the impact of the coronavirus crisis will not impact the company’s cashflow to a point where it cannot continue trading, but directors are continuing to closely monitor costs.

‘Current results and forecasts indicate a significant and material impact on the results for 2020 due to the loss of sales during lockdown and an expected reduction in new car sales demand for the remainder of the year,’ reports company director David Muir.

‘It’s too early to assess the longer-term implications of the 2020 trading with respect to the potential impact on the carrying values of the group’s tangible and intangible assets.’

The report explains that in July, as reported by Car Dealer, 522 redundancies were made as the group restructured. Those job losses were expected to cost up to £4m.

The report also reveals that the group is on the hunt for new acquisitions.

‘The group’s operational focus is to continue to grow with its selected franchise partners whether organically or through acquisition where real value opportunities arise,’ said the report.

Car Dealer recently reported that it was believed the group was in the running to buy a number of BMW dealerships from Inchcape. Neither company commented on the reports.

Reflecting on changes to the group, Jardine said the sale of its Volkswagen dealer in Aylesbury to Marshall Motor Group raised £2.9m. Two Honda dealerships were also sold to Marshall for £900,000.

The report added: ‘As part of an on-going assessment and review of existing franchise representation the decision was taken to exit from Volkswagen and Honda.

‘The group had been under-performing for a number of years in both brands with minimal returns from substantial investments.’

Jardine also exited its Lamborghini franchise in Sevenoaks and has replaced it with a used Ferrari dealership.

The report was made to Companies House in September.