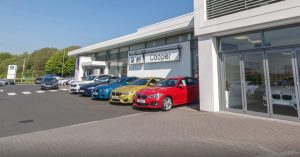 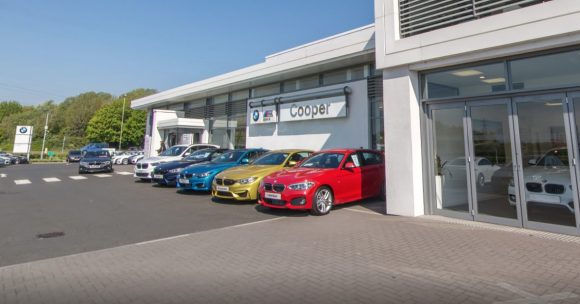 Inchcape could be on the cusp of selling BMW franchises around the UK to a variety of dealer groups – with Vertu Motors and Jardine believed to be interested in buying four sites each.

The listed dealer group is believed to be exiting the brand in the UK and deals are said to be ‘all but done’ with interested partners.

Inchcape currently operates 13 sites across the UK, including one Motorrad bike dealer, under the Cooper brand name.

Vertu Motors is believed to want four of the group’s sites, including a Motorrad bike site – in Sunderland, Teesside, York and Durham.

This afternoon (Oct 15), Vertu issued an update to the Stock Market confirming it was in discussions to buy a small number of BMW dealerships but no deal was done.

Jardine Motors is said to be circling the Inchcape portfolio and is believed to be close to doing a deal on the Ipswich, Norwich, Colchester and Chelmsford BMW dealerships.

While there is still time for the deals to fall apart, it is believed most are in the final stages of being signed.

Vertu Motors told the Stock Market at 16:29 that it was in discussions with a number of parties, but did not mention Inchcape by name.

It said: ‘Vertu Motors plc…notes the recent press speculation and confirms, as per the stated strategy of the company, that it is in discussions with a number of parties concerning the acquisition of a number of dealerships, including a small number of BMW dealerships.

‘Any acquisitions would be funded from existing resources. Discussions are ongoing and there can be no certainty as to the outcome of the discussions.’

Robert Forrester and his team are said to have wanted to add BMW to their portfolio for some time and recently told Car Dealer that ‘everything was on the radar’.

‘We are a sizeable group and we maintain good relationships with the manufacturers we haven’t got representation with – because we would be stupid not to,’ he said.

‘In the fullness of time we would hope to be able to represent different manufacturers, but at the end of the day it is for those manufacturers to determine their franchising strategy and to allow people in.’

The Inchcape BMW dealerships in Reading, Croydon, Cobham and Malton are not believed to have deals done on them yet.

Berry BMW, which has sites in West London, is believed to be interested in the Croydon site.

Another dealer group boss added: ‘Inchcape has made no secret of their desire to move away from retail and closer to wholesale so I would not be surprised by this.

‘Vertu has wanted BMW for a long time and Jardine already has BMW sites in its portfolio so it would be a very good fit for them.’

Jardine said it wouldn’t comment on ‘rumours or speculation’.

A spokesperson for BMW UK added: ‘Any comment on the potential sale of any of our dealerships is a matter for the existing owner given the commercial and sensitive nature of such negotiation.’