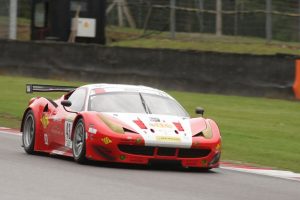 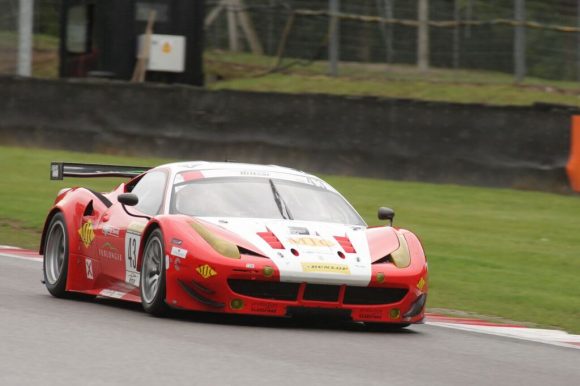 Macari took part in the TRICO Britcar Endurance Championship round at the Kent venue, behind the wheel of a Ferrari 458 GTE entered by series stalwarts MJC Furlonger.

Macari said: ‘The car was breathtaking. It was the first time I had driven a 458 GTE, and it was such a step forward from the 430 GT2, which was another lifetime ago.

‘The car was so well-behaved in the bad weather and gave me the confidence to push,’ Macari continued. ‘The team were incredibly supportive, which made my first time out this year so much easier. If I get invited back I would jump at it – what a treat to drive against very accomplished drivers in such a good championship!’

Britcar has accumulated praise since its relaunch under Claire and Rob Hedley ahead of the 2016 season, and is seeing a pleasing number of returnees such as Macari, Gamski and the MJC Ferrari team.

Macari’s performance at Brands Hatch enabled the MJC team to retain their championship lead by a single point heading into the next round at Donington Park on September 2.

MORE: Boss of used car business banned from being a director for seven years