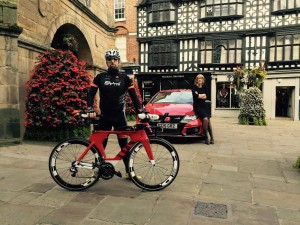 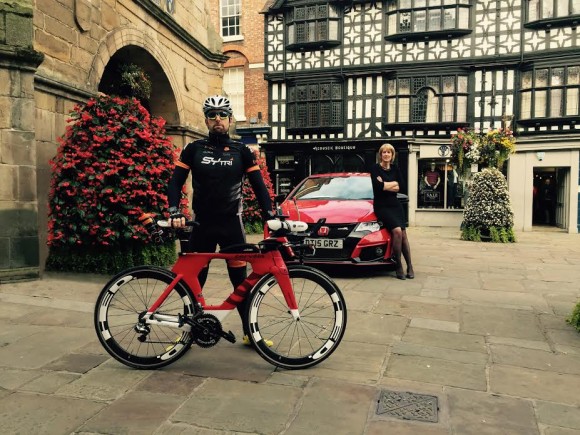 Shropshire’s county town is prone to congestion as large parts are effectively encircled by the River Severn. Road safety campaigners argue for a 20mph blanket limit across the town, increasing safety without significantly impacting the flow of traffic.

In the end neither were able to complete the course at an average speed anything like as high as the proposed 20mph limit, suggesting that the speed reduction wouldn’t be hard for motorists to stick to.

Beech was first to finish, with Cox stuck in traffic. The former finished in 16min 39secs at an average speed of 15mph, whilst Cox finished in 18min 16secs, averaging just under 14mph.

Beech said: ‘I was praying for heavy traffic and getting lucky on the traffic lights, which I did.’

Cox added: ‘It was so frustrating getting stuck at the traffic lights on Smithfield Road. I was hoping to wave to Ed as I drove past him but he made it to the finish line and waved me in!’

The Shropshire Star reported in May that 200 people had signed a petition calling for the lower limit across the river on New Street between Frankwell and Porthill.