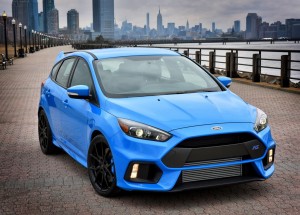 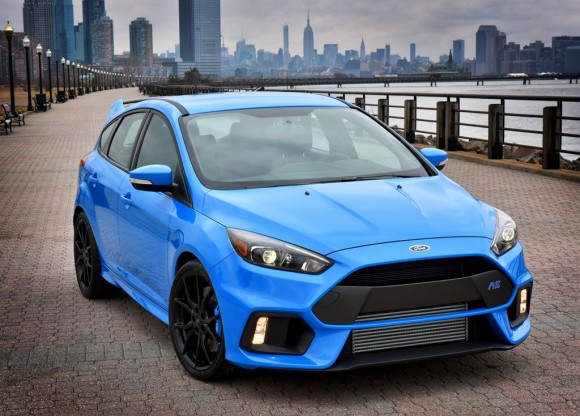 FORD’S all-new Focus RS has racked up 1,500 orders from UK buyers – without a single test drive.

Five hundred Focus RS fans had already paid deposits for the first cars in the month before prices and specifications were announced at the Frankfurt Show. Since then, Ford dealers have logged 1,000 further prospective buyers keen to be among the first to take delivery from next spring.

The 165mph Focus is the fastest-accelerating model ever to carry the famous RS badge, and although the all-new RS has a lengthy list of standard equipment, not least a specially engineered version of Ford’s new 2.3-litre EcoBoost engine, there is a comprehensive array of optional extras available. 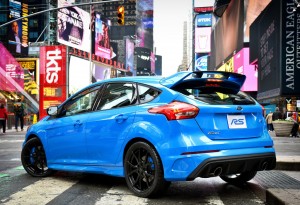 ‘We expected those first in the queue, many of whom are owners of previous RS models, to be exacting about their requirements, and so it has proved, with many opting for motorsport-style Recaro shell front seats, 19in black forged alloy wheels, luxury pack, electric tilt/side sunroof and Ford SYNC2 navigation and sound system.’

There is a choice of five different colour finishes, including metallic and mica options.

The all-new Focus RS, which has a recommended on-the-road price of £28,940, features Ford Performance All-Wheel Drive with Dynamic Torque Vectoring plus Launch Control technology, which delivers 0-62mph acceleration in 4.7sec.

While the new all-aluminium 2.3-litre EcoBoost engine shares its basic structure with the four-cylinder engine in the all-new Ford Mustang, it has been upgraded for the Focus RS to deliver 10 per cent more power.

Rebirth of an Icon, the behind-the-scenes story of the creation of the all-new Focus RS, is being told in an eight-part documentary series featuring RS consultant and Gymkhana star Ken Block: