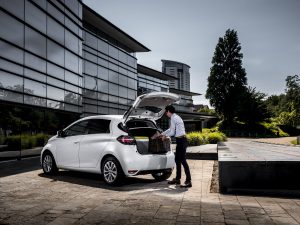 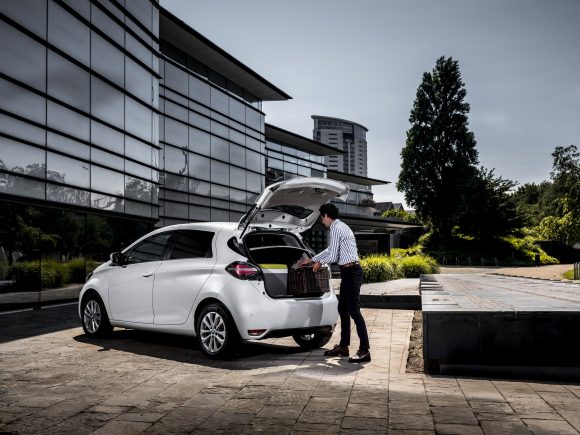 Boris Johnson may struggle to deliver his vision of a ‘significant return to normality’ in time for Christmas, leading scientists have warned.

The PM signalled another significant easing of coronavirus lockdown restrictions in England on Friday, relaxing work-from-home guidance and paving the way for theatres and sports stadiums to reopen.

At a No 10 press conference, he said it was his ‘strong and sincere hope’ that ministers would be able to review the remaining restrictions from November onwards ‘possibly in time for Christmas’. However Sir Mark Walport, a former chief scientific adviser, said that it could prove difficult to achieve with respiratory illnesses tending to flourish in the colder weather.

Renault has delivered a new zero-emissions commercial solution by transforming its Zoe into a compact van.

Set to join the firm’s range of commercial vehicles later in the year, the Renault Zoe Van features a range of modifications over the regular Zoe to help it accomplish a variety of tasks.

The rear windows, for instance, have been made opaque while the rear seats have been removed to provide a flat loading area. It’s capable of holding one cubic metre of items, while the load bay is 1,205mm long. Its maximum payload is rated up to 387kg, while the maximum load width is 1,110mm.

Zizzi and Ask Italian owner to shut around 75 restaurants

The owner of Ask Italian and Zizzi pizza chains will not reopen around 75 of its restaurants following the pandemic, resulting in the loss of up to 1,200 jobs.

The Azzuri Group is being taken over by investment firm TowerBrook Capital Partners, which plans to keep open 225 restaurants and shops, protecting 5,000 jobs.

But approximately 75 sites fall outside the scope of the deal and will subsequently close.

It is unclear which restaurants will be affected.

Consumers who accept refund credit notes for cancelled package holidays will get their money back if the issuing travel firm later collapses, the government has announced.

The Civil Aviation Authority (CAA) said the Department for Transport had provided ‘much-needed clarity’ by confirming that such cases will be covered by the Atol scheme.

Package holiday customers whose trips have been cancelled due to the coronavirus pandemic are entitled to a cash refund, although many travel companies are offering refund credit notes to help their cash flow.

The firm’s engine manufacturing centre in Wolverhampton builds the engines, which get used in various models across the JLR range.

The Ingenium name refers to the company’s newest family of all-aluminium engines, which include both petrol and diesels.

The FTSE 100 consolidated its gains on Friday afternoon as the much-awaited EU summit to discuss a rescue package kicked off.

Sentiment was broadly mixed across the major markets as uncertainty of second lockdowns in some cities weighed on the minds of traders during a largely quiet session.

London’s top flight closed 39.61 points higher at 6,290.3p at the end of trading on Friday. The major European markets were mixed, with the French Cac 40 taking a tumble and the German Dax increasing by 0.41 per cent.

More than a million payment deferrals have been provided on credit cards as lenders help borrowers whose finances have temporarily been hit by the impact of coronavirus.

More than 27m accounts also have temporary interest-free £500 arranged overdraft buffers applied to them, if needed.

Non-essential use of public transport allowed in England

People in England are no longer being urged to avoid non-essential use of public transport, following pressure from operators.

Boris Johnson said the government was scrapping the guidance as part of the easing of lockdown restrictions, ‘to give people hope’.

Compared with pre-lockdown levels, train use is at 18 per cent, bus use outside London is at 31 per cent and London Underground use is at 21 per cent. By contrast, motor traffic has returned to 84 per cent of normal levels.

Getting warmer next week

The BBC says there will be rain across central areas which will push further south-east, although south-east England will remain dry.

Tonight, a band of rain with some heavy bursts will arrive in the south and east of England, leaving it dry and clear elsewhere. There will be a few showers in the north-west.

Sunday will see patchy rain in south-east England and a few showers in north-west Scotland, but it will be dry elsewhere with sunny spells. It won’t be as warm, though.