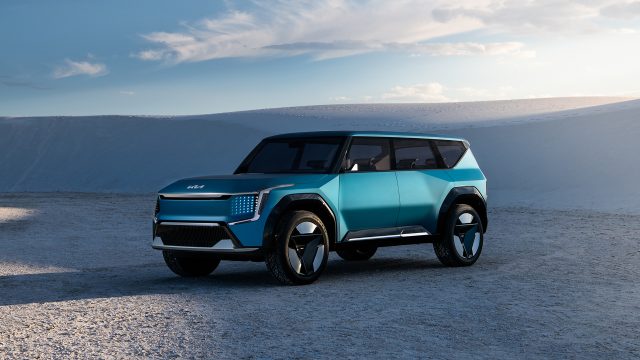 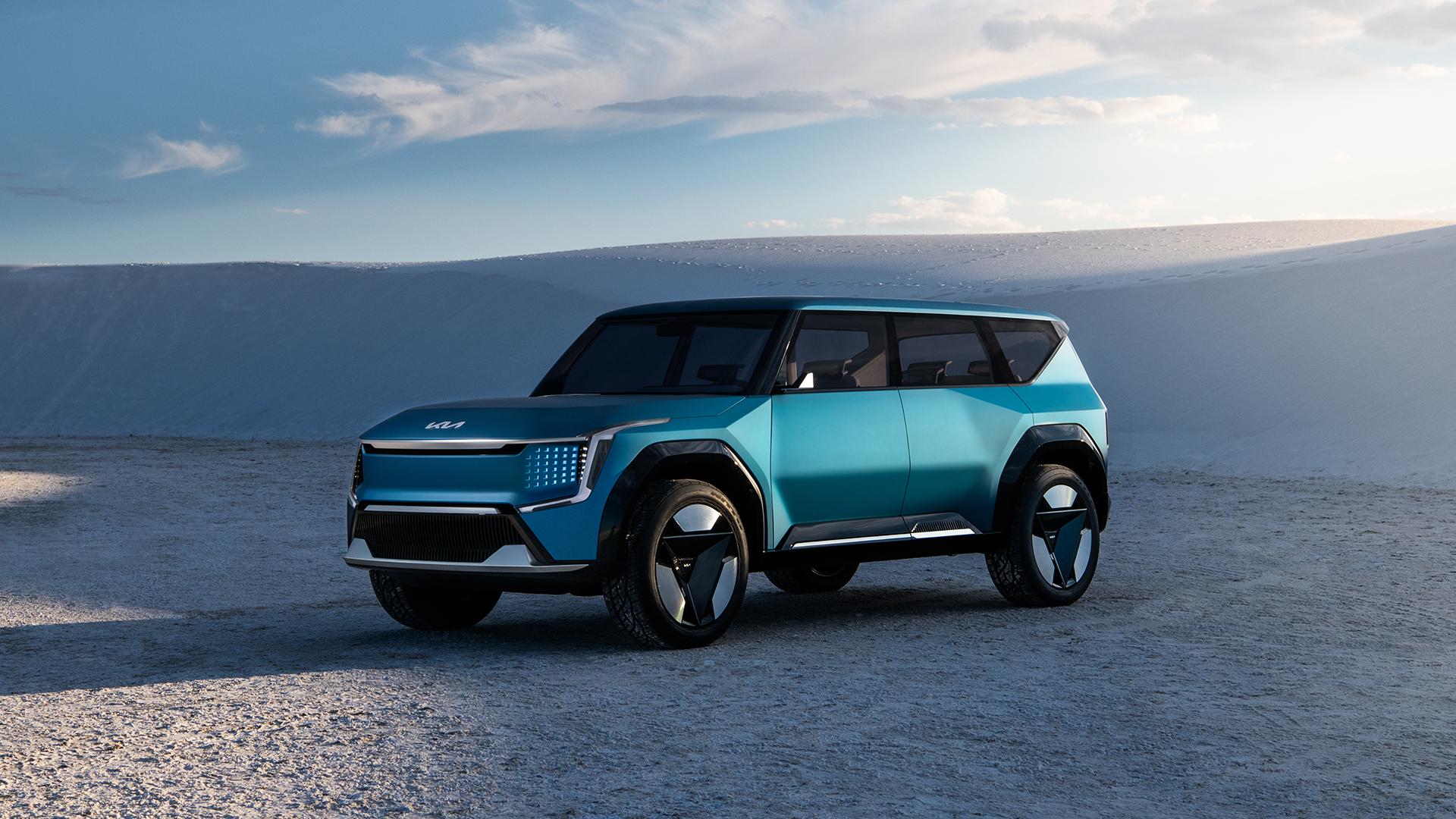 Kia’s striking EV9 electric SUV will go on sale in Europe next year, the South Korean manufacturer has confirmed.

An eye-catching concept EV9 was revealed last year with the final production car expected to feature a similar design.

The model is roughly the same size as Kia’s Telluride SUV, which is currently only available in the USA,  and was initially pitched as an electric alternative to that car.

However, as large SUV sales continue to rise, the EV9 will now be sold in Europe too.

Although it’s unlikely to sell in big numbers, it will act as a halo to the brand, showcasing its zero-emission powertrains and debuting technology that will later be seen elsewhere in the range. 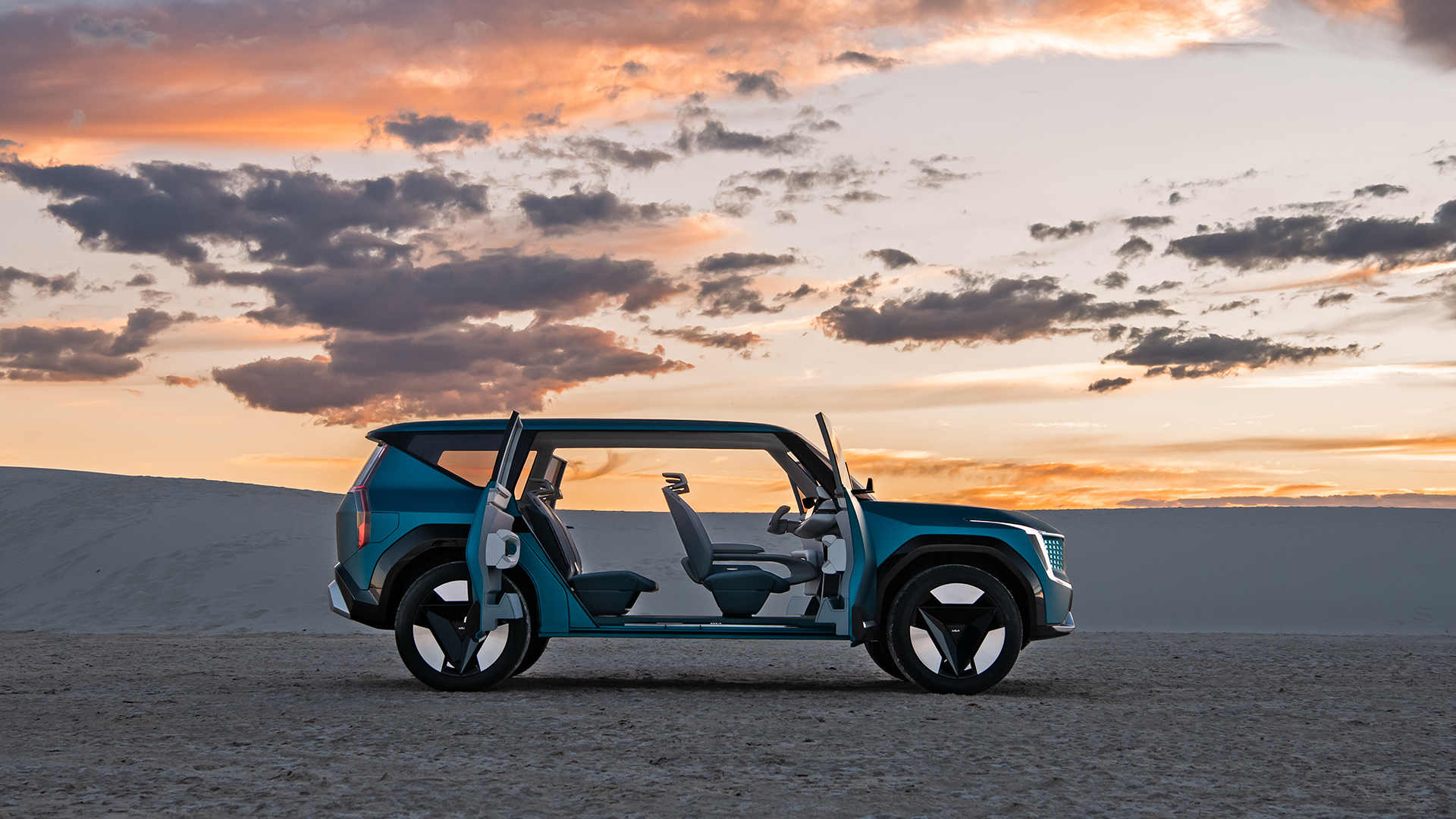 The Concept EV9 is built on Kia’s new electric vehicle platform, which also underpins the Kia EV6 and Hyundai Ioniq.

Its 800v architecture allows for 350kW fast charging, and while it’s unclear exactly what batteries and motors will be offered on the production model, it’s likely to have both single- and twin-motor options with a maximum range of up to 300 miles.

Although the styling looks futuristic, it’s likely to be a close representation of the production model, with some of the sharp edges rounded off and tweaks to the bumpers to meet safety regulations.

The cabin of the Concept EV9 is said to focus on ‘wellbeing, wellness and mindfulness’. It features a 27-inch ultrawide display that controls everything from the media systems to climate control.

Much of this design will likely make it to production, too, though a more traditional steering wheel will need to replace the concept’s ‘pop-up steering pad’. 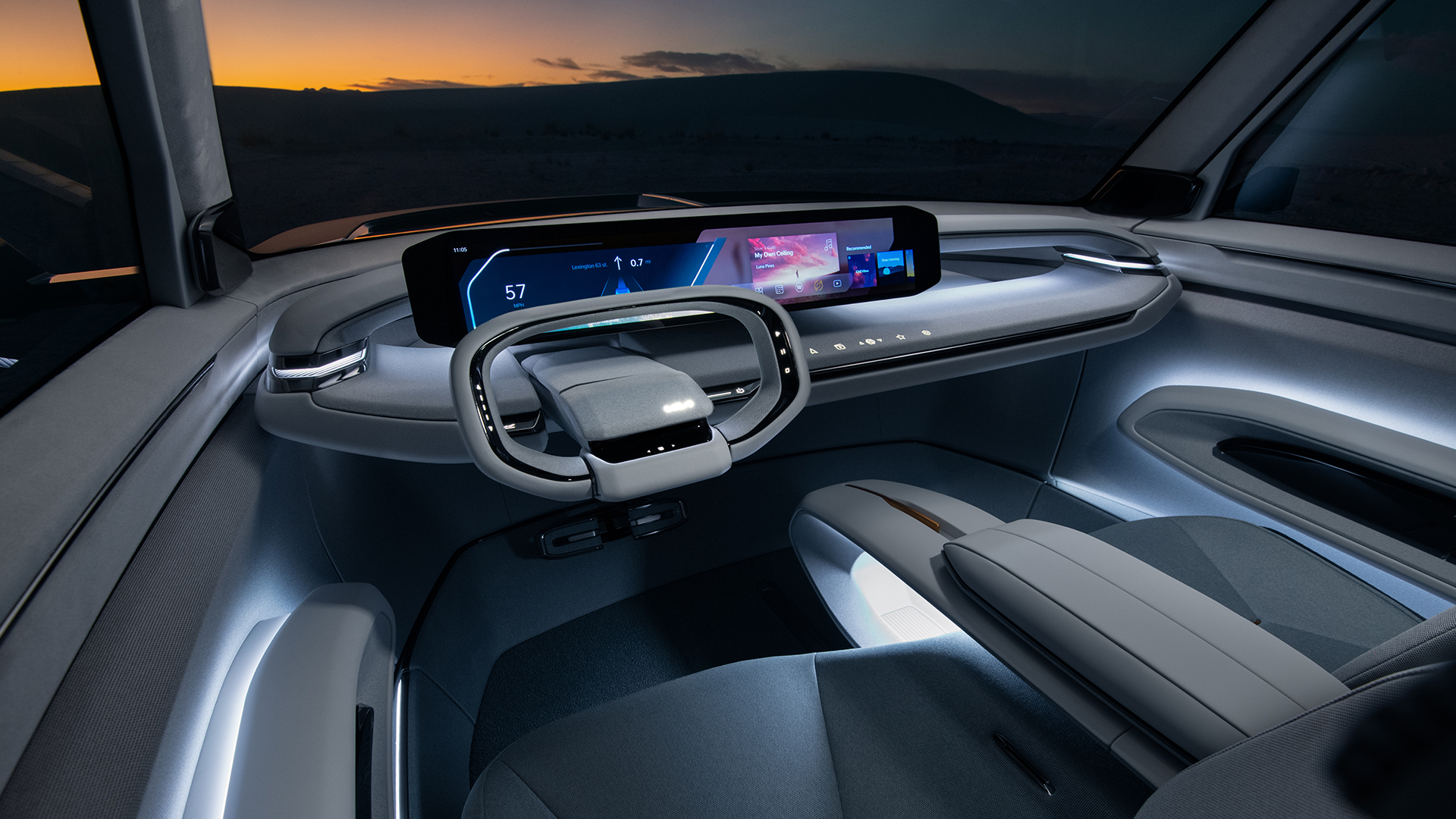 Kia has given very few details about what to expect from the finished EV9, but has confirmed that it will go on sale in Europe in 2023.