Kia recalls 25,000 cars in the UK for a faulty brake light switch 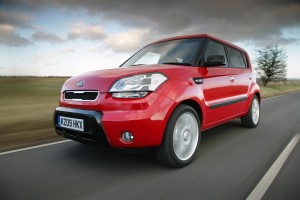 KIA is recalling more than 25,000 cars in the UK for a ‘possible’ faulty brake light switch.

A number of Kia’s models are affected – namely the previous model Carens, Sedona, Sorento and Sportage, some current Sorento and Soul models, and a very small number of Optima models.

In a press release, Kia Motors UK said: ‘On-going monitoring of vehicle operations and research and development checks have discovered that in certain circumstances the faulty switch may cause the vehicle’s rear brake lights to not illuminate – or may not turn off after the brake pedal is released.’

The problem is caused by carbonisation on the switch contacts that can lead to the electric current being interrupted.

‘The problem does not affect the braking performance or the operation of anti-lock brakes in any way. Kia Motors (UK) Limited is not aware of any accidents being caused by this problem,’ the press release added.

Owners of affected vehicles will be contacted by Kia and will be invited to take their vehicles to their local dealer where the switch will be replaced free of charge. The switch change takes just a few minutes to complete and no other work is required.

Any owner can contact Kia Customer Services on 0800 0158757 for further information.

Blog: Why recalls can be a good thing for dealers