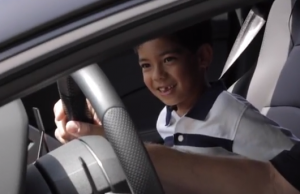 A LAMBORGHINI dealership in America has made one little boy’s dream come true.

Earlier this month, Lamborghini North Los Angeles received a message on its Facebook page from the seven-year-old’s father asking if anyone would help his son believe dreams can come true.

Unbeknownst to seven-year-old Jacob, the dealership organised a special birthday parade of Lamborghinis and gave him a passenger ride at the front of the convoy in a 700bhp Aventador.

If anything it goes to show how dealerships can interact with customers as Lamorghini North Los Angeles has enjoyed great levels of PR off the back of the stunt.

Watch the video below for the whole story