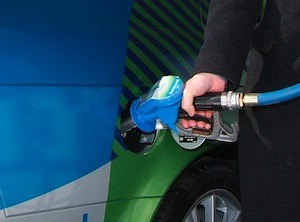 A GARAGE received a bill for £1,200 when a customer claimed the fuel they had sold was contaminated and damaged their car.

The first the garage had heard of the matter was when the customer’s credit card company contacted them with the claim. They had had no other complaints and neither had the fuel supplier.

‘Our garage sells fuel as well as cars. A customer put £20 worth of fuel in their car, not sold by us, and now says it broke down because of fuel contamination,’ the garage explained, ‘The first we knew of the allegations was three weeks later when the customer’s credit card company wrote to us.

‘The customer made a claim to them for £1,200 for repairs that they say was caused by contaminated fuel. His card company is quoting Section 75 of the Consumer Credit Act as the customer  paid for the fuel and the repairs via his credit card.’

As a member of the Car Dealer Club, the garage was able to get exclusive legal advice from specialist motor trade lawyers Lawgistics which explained that the value of the purchase would need to be over £100 for the customer to have a claim.

‘Section 75 of the Consumer Credit Act can  make the card provider as liable  as the supplier of defective goods or services. However, their value has to be over £100,’ said Lawgistics.

‘Even if the fuel was contaminated, the value was not over the £100 threshold. Insofar as our client was concerned,  the value of damage was irrelevant, only the value of the goods that may have caused that damage is important.

‘Firstly, the customer has no Section 75 claim to make against his credit card provider and so they ought now to have no involvement in the matter. There could still have been a breach of contract claim for £1,220 against our client, though, but where was the evidence?

‘Unfortunately, following the well reported problem that certain supermarkets experienced with fuel contamination several years ago, some people try to make the same allegation when anything goes wrong with their car shortly after fuelling.

‘If there really is contamination, it won’t be isolated to one vehicle – it will be evident because of many problems shortly after fuelling.’

‘In this case there was no analysis of any sample of the fuel disclosed, let alone any analysis that showed the fuel having come from the garage in question. The repairs had already been done so the old parts were not available for inspection.

‘We thought the customer was ‘trying it on’ and advised refusal of any liability and no goodwill offer to settle. Seemingly there was no goodwill on the part of the customer who had made by what we believe to be a speculative claim.’

Join Car Dealer Club today and along with a free subscription to Car Dealer Magazine, you will receive £195 worth of legal advice for free from Lawgistics and a whole host of special offers from leading motor trade suppliers. Car Dealer Club membership costs just £39.99 – visit cardealerclub.com to join or to find out more information.