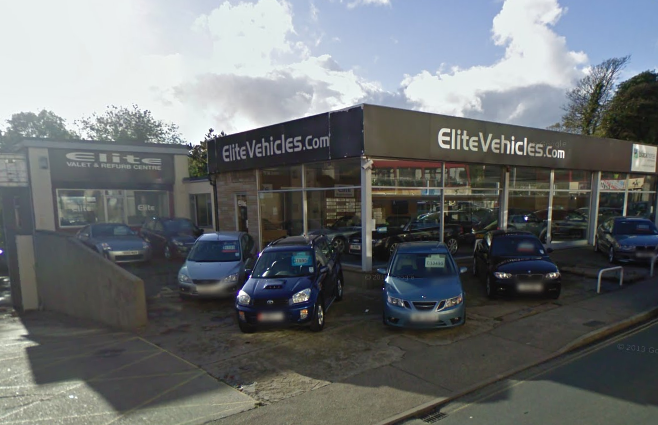 A LUXURY car dealer returned from holiday to find £250,000 worth of cars behind bars.

Steve ‘Bubs’ Williams of Elite Vehicles on Peel Road, Douglas, Isle of Man, is now involved in a legal battle with the site’s owners after returning to his site to find the landlords had fenced in his cars.

Dandara, a housing a property development group, had notified Williams, 41, that he would need to remove all the vehicles from the site by May 24. This included a Porsche Cayenne and Nissan 350Z, but he failed to do so.

Housing director at Dandara Ciaran Downey told iomtoday: ‘In August 2012, Dandara agreed to release Mr Williams of Elite Vehicles from his lease of the Athol Garage site and at his request we granted him a one year licence to occupy part of the forecourt on condition that he paid the outstanding rates and insurance, however, despite numerous phone calls chasing payment, this debt of £3,050 is still outstanding.’

However, Williams remained on the site for a further 10 months despite failing to repay the debt, vacate the dealership or enter a new licence agreement.

Downey added: ‘Under the terms of the licence agreement we have lawful authority to remove any property (including vehicles) left on our land.’

Williams said: ‘I genuinely no idea as to why my vehicles were fenced in. I tried to contact Dandara, but according to them I had disappeared and they decided to fence in my cars.’