Ferrari, Lamborghini and Aston Martin prices have plummeted around 30 per cent in a year as a combination of desperate sellers and canny buyers push prices down.

Supercar dealers are reporting dramatic price drops on luxury models that previously were commanding premiums of tens of thousands of pounds.

Tom Hartley told Car Dealer that this year he’ll ‘take the biggest bath in 47 years’ on some of the cars he has in stock as prices continue to fall.

Sheikh Amari has also reported similar drops in prices as he’s been able to buy supercars at tens of thousands of pounds less than they sold for a year earlier.

And while the valuation experts say they haven’t seen quite the drops dealers have, online luxury car auctions are showing the real prices people are prepared to pay for luxury cars – and they’re down too.

Dealers believe prices are returning to ‘some sort of normality’ after years of ‘crazy rises’.

‘The prices of luxury cars have dropped around 30 per cent this year which will make for very uncomfortable reading for some dealers,’ said Hartley.

‘I have taken the biggest bath in 47 years on some cars, but we are still buying. Prices have dropped and we are replacing stock now at far better prices.

‘It is a combination of Brexit, consumer confidence and the types of people buying these cars wanting to get a good deal.’

Hartley cited several vehicles that have dropped dramatically in price in the last 12 months, including: 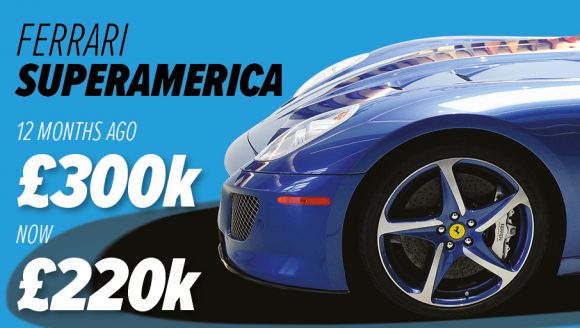 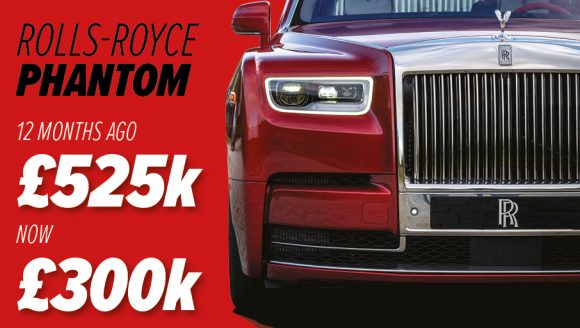 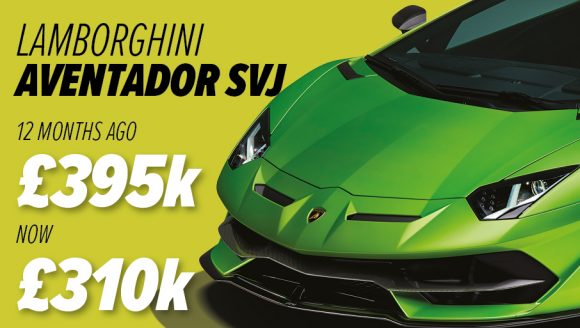 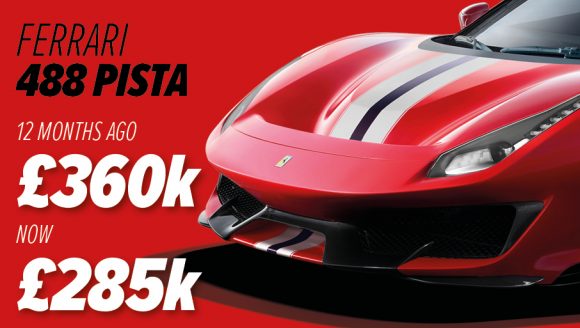 Hartley explained how this week he bought an Aston Martin DB11 AMR that the customer paid £190k for earlier this year.

‘He had done just 3,000 miles and tried to sell it back to the dealer network, but he didn’t get one offer for it,’ said Hartley.

Sheikh Amari thinks this price adjustment is the ‘new normal’ and that they’ll never go back up to the highs they were at 12-18 months ago.

‘That sort of premium will never come back,’ said Amari. ‘Today you can walk into a Ferrari dealership and get £10-20k off a Superfast.’

Amari thinks the market is being driven by rich people who have seen an opportunity to ‘nick’ stuff at good prices.

‘They’re out there buying watches, cars and houses right now, but they want to nick them. They are preying on the desperate sellers.’

Amari said that some buyers are so desperate to sell as they’ve been hit by the pandemic and seen income drop that they’re letting cars go very cheaply.

He explained how this week he bought a £175k Range Rover SV Autobiography that a customer had picked up on Friday and driven for just 130 miles.

He was forced to sell because of an emergency but not one Land Rover dealer would make him an offer.

‘I bought that car for £125k,’ said Amari. ‘Land Rover dealers told him they weren’t buying cars for stock, but I think it’s because they didn’t want to shock him with the drop it had made in a few days.’ 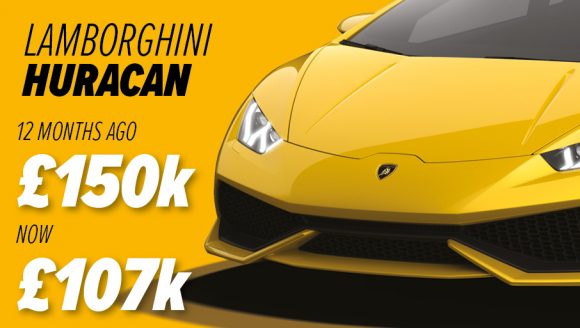 He said classic car prices had dropped back nearly 15 years too with Ferraris particularly affected including the 328 and 308, while old 911s have also seen a drop.

Valuations experts Cap HPI said their data didn’t suggest such significant falls across the board.

Head of valuations Derren Martin said it had recorded a three per cent rise for luxury cars, like Bentley and Rolls Royce, this year.

And he said large executive models – like the Mercedes S Class – had dropped the most this year, falling four per cent.

‘I’m surprised by these reports,’ added Martin. ‘We’re not seeing it, but they are very niche models and would require a specialist valuation.’

Director of insights for Cazana, another used car valuations firm, Rupert Pontin, added: ‘Cazana reports retail prices and has seen them slightly increase for cars over £99k in price in the last year, but remember this does not reflect sold prices – that could be very different.’ 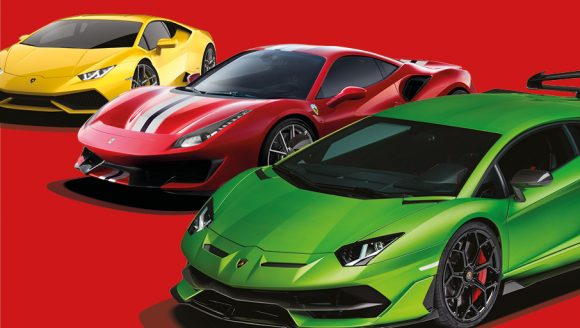 Collecting Cars founder Edward Lovett has sold 1,400 lots on his auction platform for luxury and classic cars this year. In November, the firm sold 209 cars compared to 30 a month at the start of the year.

He said the depreciation for some buyers who had paid list prices for luxury cars had been ‘very painful indeed’.

He said: ‘The whole basis of our platform is that it is transparent so people can see where values are – we list sold values on the site. The market feels ok, but there is a lot of pain to be had for those who paid list price.’

Lovett points to a Ferrari Pista that sold last month for £264k on the website – a model Tom Hartley was selling for around £360k a year ago.

‘If you bought an 812 Superfast when they were going over list a year ago you’ll be kicking yourself now as I’ve seen them for £220k – and the buyers aren’t out there for them,’ he said.

Even new Ferrari models are struggling to hold their price.

On the Collecting Cars website a Ferrari F8 Tributo with just 89 miles on the clock sold in November for £198,000 – it’s exactly the sort of model that would have previously commanded a premium.

Hartley added: ‘Let’s be clear, the prices may have dropped but we’re still selling cars. We are buying cars now and are desperate to get our hands on them.

‘We are doing lots of deals. There are buyers out there. But we’re not at the bottom of these prices yet – some are still falling and have a way to go yet.’