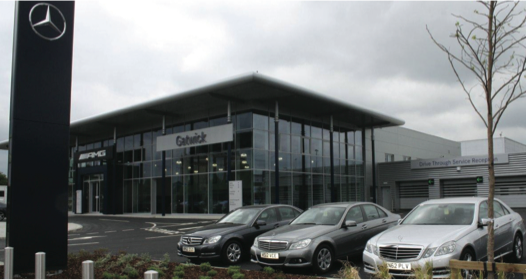 FOR the majority of the listed motor retailers there was little movement in their share price over the past month. The exception to this was Caffyns, which saw a significant increase as a result of its strong set of preliminary results. This, alongside a 50 per cent increase in the recommended dividend, produced a nice bump to the share price, which now sees Caffyns amongst the best performers during 2014.

There was little movement amongst the remaining listed stocks, with the drop in Vertu’s share price being the most noticeable. There has been little news from Vertu over the past month, with an apparent continued slight sell-off by shareholders who expected a share price increase following the financial results released during May.

Inchcape continued the share buy-back programme started in the second half of 2013 during the month, with practically all of the £100m allocated now having been spent. There was also a significant volume of Inchcape director share purchases, sending a clear signal to the market.

Caffyns released a very strong set of preliminary results for its year ended March 31, with underlying profit before tax up 78 per cent and profit before tax up 40 per cent. This produced an immediate lift in the share price for this thinly-traded stock. Inchcape’s interim results statement was also positive, with ‘a robust trading performance in the first four months of the year’.

Lookers released the results of its annual meeting, where there was a small revolt against the directors’ remuneration policy. While the majority of the resolutions were passed with virtually unanimous support, 36 per cent of shareholders voted against the remuneration policy. This was not enough to defeat the motion, however it is a clear sign that shareholders are paying close scrutiny to this area. Pendragon will be no doubt planning to ensure that its policy does not get rejected again this year.

It seems as if with every earnings announcement the company states that it is ready to embark on a series of acquisitions and Caffyns was no different. There were no transactions announced during the month. However, we are expecting the deals to start dropping in, with the half-year being a natural date for movement.

There were no changes to broker forecasts during the month, with the majority of the stocks still rated as a buy. While the brokers see significant upside potential and a strong market, this is not yet being reflected in the share prices.

Who is Mike Jones?