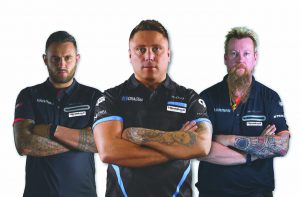 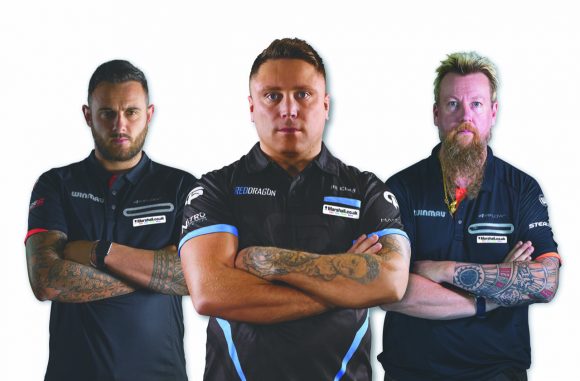 Marshall Motor Group has ‘hit the treble’ by sponsoring a trio of professional darts players.

The darts players will have Marshall branding on their shirts, which will be seen by the sports loyal audience over 12 months.

The sport adapted during the pandemic by bringing the game to the masses via online home tournaments titled ‘The PDC Home Tour’ and the MODUS Icons of Darts that was streaming live for nine hours a day.

It found more supporters following the games to fill a sporting void while other events were cancelled.

Marshall Motor Group CEO Daksh Gupta said: ‘We are delighted to join forces with three of the most recognised players in the world.

‘This partnership will see the Marshall brand ‘on the oche’ of what promises to be a fantastic year of darts – which is seeing unbelievable exposure at these unprecedented times.

‘For the 2021 World Championship, earlier this month, Sky Sports had a dedicated Sky Sports Darts channel across the 16 days, and a 1.25 million peak and an average of one million viewers for the final.’

He added: ‘It’s great to see Marshall brand alongside the World #1 Gerwyn and the talent of Simon and Joe too.

‘I can’t wait to see the branded shirts on TV and across social media where the three have combined followers of over 1.3 million!”

Simon Whitlock said: ‘Myself, Joe and Gerwyn are delighted to be working with Marshall Motor Group.

‘We are all looking forward to a successful partnership and season ahead.’

The three players will be competing in the Ladbrokes Masters this weekend from the Marshall Arena in Milton Keynes, broadcast live on ITV4.