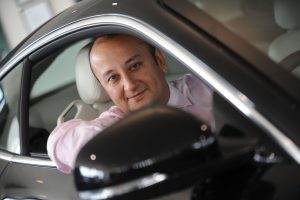 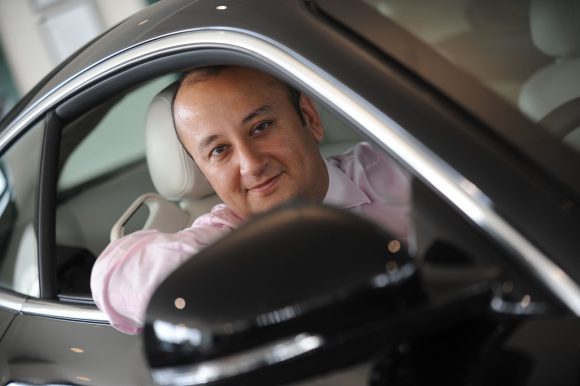 Marshall Motor Group has revised its profit forecast for the year up for the second time in as many months as new car sales for the listed dealer group continue to rise.

In an unscheduled announcement this morning, the firm told the Stock Market it now expects profit for the year to be ‘not less than £19m’ – up from the £15m it predicted in October.

That figure was already revised upwards from the firm’s half year results which said the group only expected to break even this year.

At the same time Marshall Motor Group also pledged not to use a penny of furlough cash in 2021 – even if there’s another lockdown following Christmas social mixing.

Chief executive Daksh Gupta told Car Dealer: ‘This is about setting out our stall.

‘We are very grateful for the support the government has given Marshall, but we have managed to perform exceptionally well and we felt that it is the right thing to do.

‘Not using furlough is a bold move as I am aware that other companies in the sector are planning to use the support in quarter one. But we felt this was not in the spirit of what the government was intending for the scheme.

‘This brings back some sort of normality. It’s bold, brave and ambitious but we are setting our stall out for 2021 to win.’

Gupta said he believes the group are the first in the sector to make this sort of statement and hopes ‘others will follow suit’.

He added: ‘If other dealers are in a similar position to us then they shouldn’t use furlough either.’

Marshall Motor Group has seen near-double digit rises in new car sales in October and November, despite its showrooms only being able to operate via click and collect during the second national lockdown.

New car sales for the group were up 9.8 per cent. Used car sales were down, though, 12.7 per cent, but Gupta attributed that to the fact dealers were shut and buyers couldn’t test drive their potential purchases.

After sales were also down for the period 3.8 per cent compared to last year.

Gupta said: ‘We were down in some areas, understandably as we couldn’t trade fully, but we still outperformed the market by 9.8 per cent in new cars and that strengthened from our numbers in September when we were 7.8 per cent up.

‘After sales was resilient. Used cars were down, but given we could not offer test drives this was a good result and testimony to the fantastic team that Marshall have.’

The group’s cash position was still healthy too. At the end of November it has nearly £30m in the bank, despite repaying a £10.9m VAT bill 18 months early.

Marshall remains cautious about the future though, adding: ‘There continues to remain significant social and economic uncertainties as a result of both Covid-19 and the potential impact of the UK’s departure from the European Union on December 31.

‘While the board is pleased with the group’s response to the significant challenges presented by Covid-19 in 2020, demonstrating the strength and resilience of the business, it has also benefited from a number of well-documented sector tailwinds in 2020 and therefore remains cautious over the trading environment for 2021.’