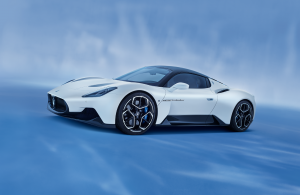 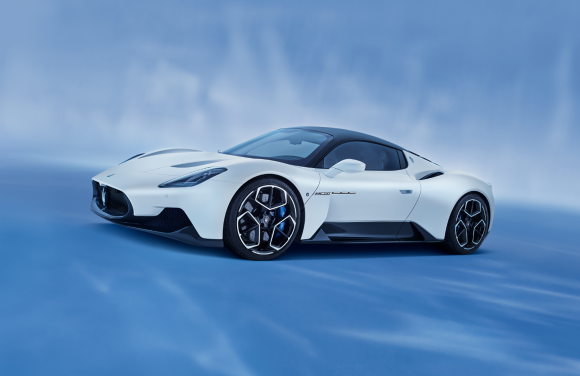 Maserati has revealed the car that’ll spearhead its rebirth – the MC20.

It’s a mid-engined supercar that’ll rival similar models from McLaren, Ferrari and Lamborghini, and will arrive in the UK late next year with prices starting from £187,230.

After FCA (Fiat Chrysler Automobiles) sold its stake in Ferrari in 2016, Maserati is now the group’s halo brand.

The MC20 will be the first in a new wave of models to give the brand some much needed market presence. 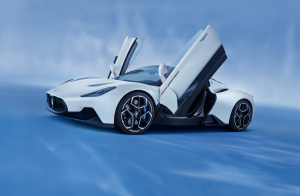 It’ll be followed by 13 new models including the new GranTurismo GT and GranCabrio and an electric SUV.

All models will be electrified and FCA is planning to triple Maserati sales within three years.

Designed in just two years, the MC20 initially launches with a 3.0-litre twin-turbocharged V6, but electric power will be on the way in the future along with convertible and motorsport versions. 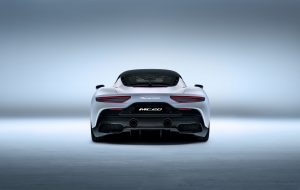 The V6 packs 621bhp with power being sent to the rear wheels through an eight-speed dual-clutch gearbox, and a self-locking mechanical limited-slip differential is standard (and electronic was is optional).

Aero efficiency has been prioritised and the MC20 has a drag coefficient of 0.38Cd.

It’s light too – it weighs less than 1,500kg, giving a power-to-weight ratio of more than 414bhp per tonne.

The top speed is over 202mph and 0-62mph takes less than three seconds. 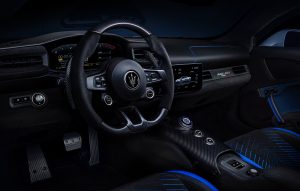 Inside there are just two seats and the dashboard has a very minimalist feel. There are two 10-inch displays with one for the driver and the other acting as the infotainment screen.

All of the major controls are on the steering wheel with the cabin only really benefitting from luxuries like a wireless phone charger, and that’s pretty much it.

There’s a 100-litre boot and a 50-litre compartment in the front.

Right-hand drive is confirmed for UK cars and carbon ceramic brakes will come as standard.