Inventor Sir James Dyson is the richest person in the UK for the first time, according to the Sunday Times Rich List. The Brexit-backing entrepreneur saw his wealth grow by £3.6bn over the past year, climbing to £16.2bn.

The government is to invest £93m to bring forward the opening of a new vaccine-manufacturing centre ready to begin production if a coronavirus vaccine is found.

The Department for Business, Energy and Industrial Strategy (Beis) said the Vaccines Manufacturing and Innovation Centre (VMIC) will open in summer 2021 – 12 months earlier than planned.

The not-for-profit facility – located on the Harwell Science and Innovation Campus in Oxford – will have the capacity to produce enough doses for the entire UK population in as little as six months.

HS2 bosses accused of being ‘blindsided by contact with reality’

HS2 bosses have been ‘blindsided by contact with reality’ with the project ‘badly off course’, according to MPs.

In a report published by Westminster’s Public Accounts Committee (PAC), fresh concerns have been raised by MPs over both the transparency and handling of the project.

The government has now been urged to give ‘regular, accurate and open updates’ on problems faced by the project. Among its conclusions, the committee said that the Department for Transport (DfT) and HS2 Ltd’s lack of transparency had ‘undermined public confidence in the programme’. 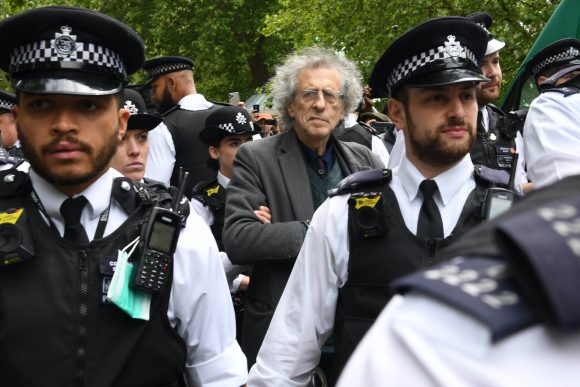 The brother of former Labour leader Jeremy Corbyn was one of 19 protesters arrested during a protest against the coronavirus lockdown.

About 50 people defied social distancing to gather close together at Speakers’ Corner in Hyde Park, west London, holding placards with slogans like ‘anti-vax deserves a voice’ and ‘freedom over fear’.

Dozens of police officers, including some on horseback, patrolled the protest, issuing 10 on-the-spot fines and making 19 arrests. Piers Corbyn was taken away after showing up with a megaphone and proclaiming 5G and the coronavirus pandemic were linked.

Funding to support prostitutes during the coronavirus pandemic has been made available by the Scottish government.

A total of £61,771 will be given to nine organisations to provide financial and emotional assistance to sex workers in Scotland. Community Safety Minister Ash Denham said that women working in the sex trade may be experiencing ‘extreme hardship’ and are less likely to be able to access support.

‘No one should feel unsupported during this crisis,’ Denham said.

Ryanair has cut more than 250 jobs across its offices in the UK, Ireland, Spain and Poland amid the collapse in demand for flights.

The airline announced that a small number of the job cuts have been made through compulsory redundancies.

Ryanair’s people director Darrell Hughes said it was a ‘very painful time’ for the carrier. Earlier this month, Ryanair announced it plans to cut up to 3,000 jobs across its pilots and cabin crew.

Record slump in US retail sales

US retail sales tumbled by a record 16.4 per cent from March to April as business shutdowns caused by Covid-19 kept shoppers away, threatened stores across the country and weighed down a sinking economy.

The Commerce Department’s report on retail purchases showed a sector that has collapsed so quickly that sales over the past 12 months are down a crippling 21.6 per cent. The sharpest drops from March to April were at clothiers, electronics stores, furniture stores and restaurants. 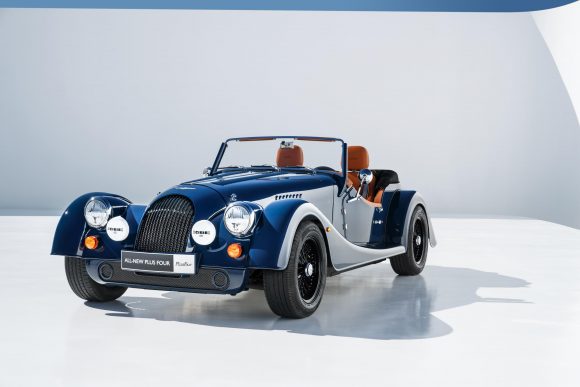 Morgan has raised £1.39m towards the coronavirus relief effort by organising a giveaway of its new Plus Four sports car.

Announced during BBC Children in Need and Comic Relief’s ‘The Big Night In’ appeal, the total amount raised by the giveaway will also be matched by the UK government.

The money raised for the car – which starts from £62,995 before options – will be split between Comic Relief and Children in Need who are both helping to support a variety of charities aiding those who have been affected by the coronavirus crisis.

This week on Car Dealer Live…

We have a packed week of interviews with dealers and industry experts including our first chat with Pendragon CEO Bill Berman. Coming up this week we have: