Captain Tom Moore to be given knighthood

The 100-year-old raised almost £33m for health service charities by walking laps of his Bedfordshire garden.

Prime Minister Boris Johnson described Sir Tom as a ‘true national treasure’ and recommended him to be exceptionally honoured by the Queen, who has approved the honour. An investiture ceremony will take place at a later date.

‘Not obvious’ the economy will bounce back immediately

The UK economy may not bounce back straight away from the massive crisis caused by the pandemic, the Chancellor has said.

Rishi Sunak said he is not counting on the ‘V-shaped’ recovery many had been hoping for when the country was locked down to prevent the spread of the virus.

‘It is not obvious that there will be an immediate bounceback,’ he said. Read the full story here.

[Rishi on the bounce back, 56s video]

Nine million easyJet passengers had their email addresses and travel details exposed in a ‘highly sophisticated’ cyber attack, the airline has admitted.

The Luton-based carrier said this includes more than 2,000 customers who also had their credit card details stolen. It insisted there is ‘no evidence that any personal information of any nature has been misused’.

Apart from the 2,208 people whose credit card details were accessed, the information obtained by the hackers was a customer’s name, email address, flight destination and date of travel. Passport details are not believed to have been stolen.

Hottest day of the year so far expected

The temperature is expected to rise even higher today after the UK enjoyed the hottest day of the year so far.

Sunbathers made the most of their new-found freedom following the easing of lockdown restrictions as London’s St James’s Park saw a high of 26.2C on Tuesday – beating 2020’s previous top temperature of 26C set last month.

The sunshine is set to continue for most of the UK today, with temperatures expected to hit 28C.

Handwashing six to 10 times a day is linked to a lower risk of coronavirus – backing up government advice to do so, research suggests.

Regular hand washing can reduce the personal risk of getting an infection with moderate-frequency handwashing associated with a 36 per cent reduction in the risk of infection compared to those who washed their hands zero to five times per day.

For higher intensity handwashing there was no significant effect, the researchers say.

Asda received a boost in sales as shoppers stocked up and cleared shelves in the lead-up to March’s lockdown, the supermarket said.

Revealing its latest results, covering the three months to March 31, sales rose 3.5 per cent on a like-for-like basis compared to the same period a year earlier, excluding fuel.

But bosses said shoppers remain cautious, with Asda’s latest income tracker finding household incomes fell 0.6 per cent in March – the first drop since 2017.  Nine out of 10 customers also said they were worried about a depression in the economy.

The positive mood on Monday petered out yesterday as markets pulled back from the earlier pile on.

Porsche buyers can now watch their car being built

New Porsche owners can now follow their car along the production line via a behind-the-scenes service.

The latest addition to the My Porsche platform allows buyers to access photos of their cars as they take shape, with two cameras already installed along the production line and two more to come.

It will give customers an insight into how their vehicle goes from a basic body shell to having its engine and electrics fitted before having the finishing touches applied.

One in 10 firms not ready to restart safely

One in 10 small firms do not believe they are ready to meet new social distancing rules to safely get their businesses back up and running.

The British Chambers of Commerce found 10 per cent of companies believe they are not yet able to implement guidance and restart due to the challenges of social distancing.

But the study showed signs that firms are beginning to get ready for life post-lockdown, with 37 per cent of the 609 polled saying they can implement the new guidelines, while 45 per cent believe they could partially reopen.

Menthol cigarettes will be banned from sale in the UK today as new anti-smoking laws come into force.

Smokers will be unable to purchase flavoured and skinny cigarettes. The move, which was announced by the government last month, is the latest effort to deter young people from taking up smoking.

The law change, which comes as part of new EU Tobacco Product Directive, does not ban menthol filters, although it will be illegal to sell them packaged with cigarettes or tobacco.

E-scooters will get a 12.5mph speed limit during trials set to happen in the UK next month.

Ongoing consultation is taking place to decide the full rules surrounding the scooters if they are legalised for road use – and it could see that speed limited upped to 15.5mph.

During the trial, riders will need to hold a provisional or full UK driving licence, must make sure they are covered by a motor vehicle policy and helmets will be encouraged, but not mandatory. 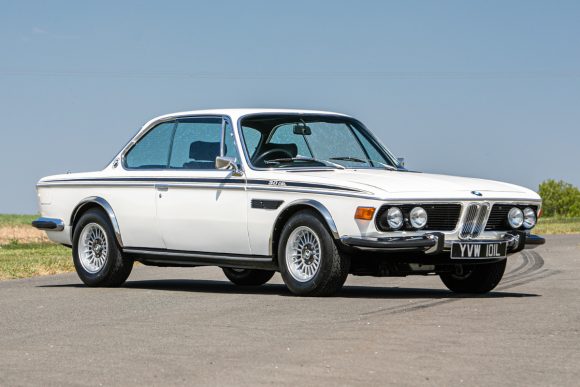 Three classic BMW models owned by Jamiroquai frontman Jay Kay are set to go under the hammer at auction.

The auction’s Harry Whale said: ‘We are very honoured that Jay Kay has entrusted three BMWs to us from his personal collection.’

There’ll be no quick bounce back for the economy, warns Sunak, as £11.1bn furlough scheme cash claimed

Used car prices are rising marginally, but overall there are no major fluctuations

Used car prices are rising marginally, but overall there are no major fluctuations

Car dealers reopening on June 1 is absolutely critical to the success of the new car market, says report