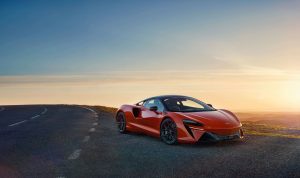 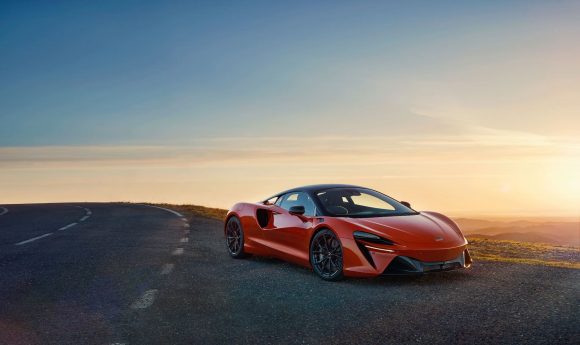 McLaren has revealed its first-ever plug-in hybrid – the Artura.

The new hybrid supercar ditches McLaren’s traditional twin-turbo V8 and instead uses a brand new 3.0-litre twin-turbo V6. It’s mated with a single electric motor for a combined output of 671bhp and 720Nm of torque.

McLaren says the addition of the electric motor gives the engine ‘razor sharp throttle response’, resulting in a three-second 0-60mph time and a top speed of 205mph.

The electric motor is powered by a 7.4kWh battery that provides an electric-only range of about 19 miles. Once connected to a charger, the Artura can get a zero-to-80-per-cent refill in 2.5 hours. 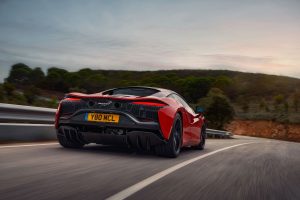 McLaren is continuing its focus on building lightweight materials, and the Artura is no different, debuting a new carbon architecture called MCLA.

One key concern for electrified performance models is the weight of the batteries, but McLaren says the hybrid components weigh just 130kg, while the total dry weight of the car is 1,395kg.

Purists will be pleased to hear that the Artura uses a hydraulically assisted steering system, giving improved feel over rivals that use electronic systems. 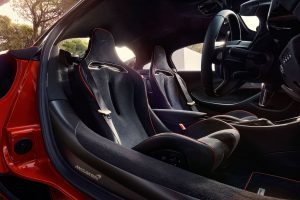 The supercar also gets a bespoke version of McLaren’s proactive damping control system that provides excellent comfort as well as sharp handling.

In the cabin there’s a familiar design ethos to previous McLarens, but subtle tweaks make it more driver-focused, such as moving the driver modes to the instrument binnacle. In the centre is a portrait-mounted tablet-like infotainment screen.

The Mclaren Artura is available to order now in a choice of four specifications, with prices starting at £185,500 in the UK.