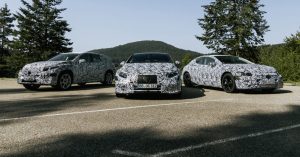 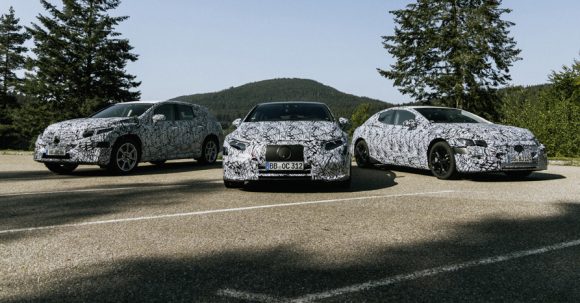 Mercedes-Benz to add six electric vehicles to its line-up

Six new electric vehicles are on their way from Mercedes-Benz.

They will be joining the manufacturer’s EQC SUV and EQV people carrier as it expands in the luxury sector.

The first one off the blocks will be the EQS – an electric version of the S-Class, which was the firm’s pioneering luxury saloon car.

That’s due in 2021, with a promised range of up to 435 miles. Final testing is currently taking place in locations ranging from Scandinavia to South Africa.

The EQS will be followed by an EQS SUV as well as an EQE saloon and EQE SUV.

EQA and EQB crossover models – electric versions of the firm’s entry-level vehicles – will also be brought in, with production of the EQA planned to start next year.

Christoph Starzynski, vice-president of electric vehicle architecture at Mercedes-Benz, said: ‘The EQS has already piled up more than two million test kilometres from the heat of South Africa to the cold of northern Sweden.

‘The EQS will be the S-Class of electric vehicles. That is why it is undergoing the same demanding development programme as any other vehicle that has the privilege of proudly bearing the three-pointed star.

‘In addition, there were quite a few tests specifically for electric cars that cover important development priorities, such as range, charging and efficiency.’

The manufacturer’s EV offensive is a major plank of its ‘Ambition 2039’ initiative. Mercedes is aiming for a CO2-neutral new car fleet within 20 years, and to have electrified models making up more than half of its sales by 2030.

Given the choice, people still want the experience of a Mercedes-Benz handover in a showroom