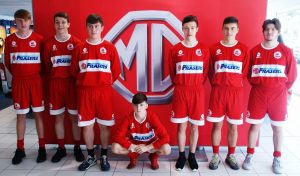 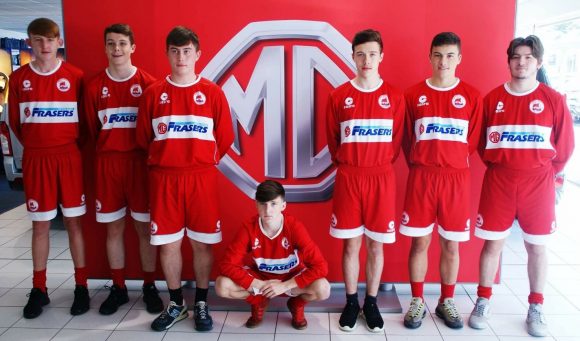 MG DEALERSHIP, Frasers of Falkirk, is once again demonstrating its dedication to the local community by supporting two local football teams and offering fans the chance to take a new car home from a match.

The team is the official vehicle sponsor of the Scottish Championship side, Falkirk Football Club, with MG branding adorning all floodlights, four hoardings and an MG GS or MG3 permanently taking pride of place in the corner of the stadium.

As part of the support programme for the club, Frasers of Falkirk will be offering fans four chances to win a new car throughout the year.

The giveaways will take place during the football team’s biggest games of the coming season and will be announced in advance of the games.

In addition to sponsoring Falkirk FC, Frasers of Falkirk is also a proud supporter of Camelon Junior Football Club, which has gone on to provide several Scottish international players. The dealership sponsors all teams within the club, including seniors, under-18s and under-16s.

David Wishart, director at Frasers of Falkirk, said: ‘With this being our 30th anniversary year, we like to think we are now firmly part of the local community.

‘We’re delighted to be supporting both Falkirk FC and Camelon Junior FC, which are also established pillars of the local area. We look forward to seeing all of the teams prosper, while also offering fans the chance to win a brand new MG.’

Matthew Cheyne, head of sales and marketing at MG Motor UK, added: ‘It is hugely important for us to know that each dealership within our network is involved with, and supports, its respective local community.

‘The sponsorship packages will help to further build the Frasers and MG names within the area while also providing backing to two important local teams in their future endeavours.

‘We look forward to hearing about their continued success.’

MORE: Event sponsorship is the icing on the cake for new MG dealership