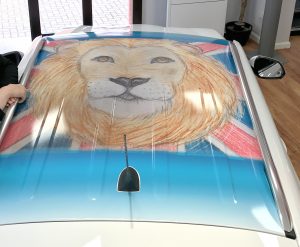 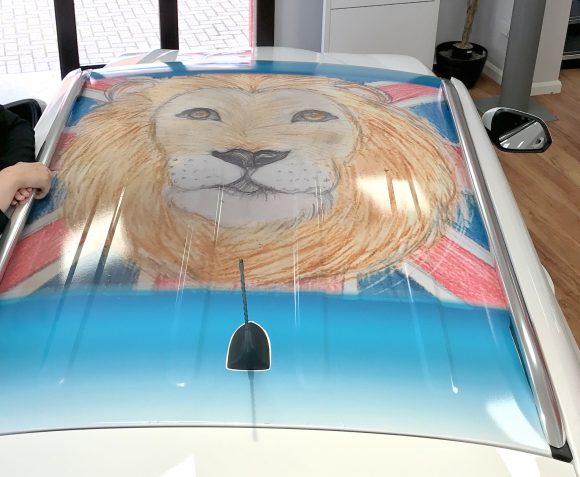 A YOUNGSTER has won a dealership competition to create a design for the roof of an MG GS.

Deya Kidder, 11, from Burton upon Trent, who has just finished her last year at Outwoods Primary School, triumphed over more than 80 other entries from eight schools in MG dealership TL Darby’s ‘Up On The Roof’ contest. 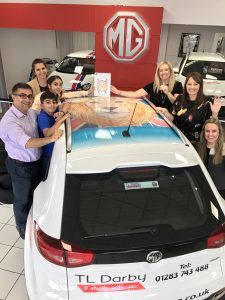 In addition to having her design, which shows a lion’s head on the backdrop of the Union Jack, featured on the new car, Deya’s family will also get to use the SUV for a weekend as part of her prize.

Jessica Liptrot, marketing manager at Burton-based TL Darby, said: ‘We pride ourselves on being a big part of the local community, and our “Up On The Roof” competition was very much part of this commitment.

‘It was fantastic to see so many wonderful entries from the children, but Deya’s design was a worthy winner. We’re excited to hand over the keys to the MG GS, the perfect vehicle for a family weekend, and hope Deya’s family thoroughly enjoy putting it through its paces. We also wish Deya the best of luck entering year seven in September.’

Matthew Cheyne, head of sales and marketing at MG Motor UK, said: ‘TL Darby had a fantastic response to the competition and it was a real pleasure to see such enthusiasm from the local community. Congratulations to Deya on having her design chosen to feature on the MG GS.’

On SuperUnleaded.com: The 6 most ridiculous features of the new Rolls-Royce Phantom