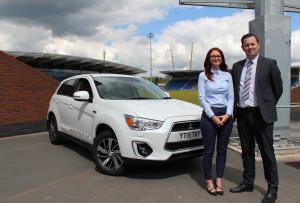 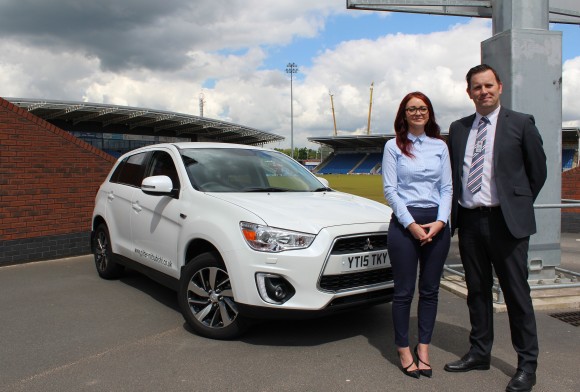 The Gilder group has been in operation since 1938 and added the Mitsubishi range to its portfolio in February, with a Mitsubishi advert being the first shown on Chesterfield FC’s new giant 30m-square stadium screen when it was installed recently.

The team – known as the Spireites after Chesterfield Parish Church’s distinctive twisted spire – is on an upward trajectory, following promotion to League One in 2014 with a place in the play-offs last season.

Gilder Mitsubishi Chesterfield sales manager Dan Wheeldon said: ‘Gilder and the Spireites both have a strong local presence and we are delighted to be associated with a club that is really going places. This is a great partnership that will work very well for both Mitsubishi and Chesterfield FC.’

Chesterfield FC’s club secretary Sally Swain said: ‘Gilder Mitsubishi is a great addition to the area and to Chesterfield FC’s sponsorship supporters, and we look forward to continuing this relationship for many seasons to come.’

On superunleaded.com – 13 Of The Funniest Top Gear Audition Tapes We’ve Found So Far