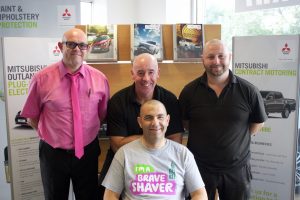 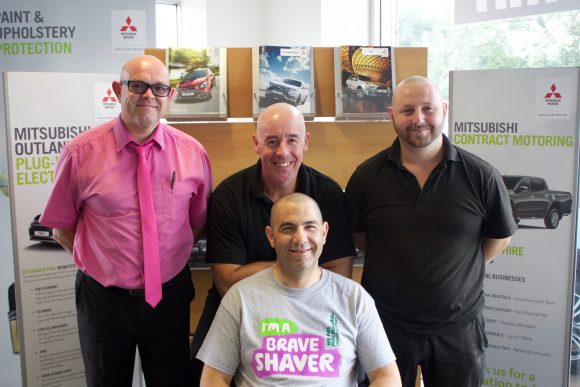 STAFF at a Mitsubishi dealership in Swansea have ‘braved the shave’ and had their hair cut off as part of a charity’s national fundraiser.

Celtic Mitsubishi in Victoria Road, Gorseinon, took part in Macmillan Cancer Support’s Brave the Shave event, with four of the team getting a new look as the charity aims to get people standing proudly alongside men, women and children with cancer.

Staff at the dealership also sold home-made cakes, and proceeds raised will fund charity nurses supporting families across the country who are battling cancer.

Sciascia said: ‘Everyone knows someone who has been affected by cancer, so we thought this was a great opportunity to have a bit of fun but also raise funds for a worthy cause.

‘We’re really grateful for everyone’s donations so far, which will help the charity continue its work helping families during a difficult time.’

MORE: More expansion for Lookers as it buys Knights Group for £27.2m

MORE: A new phenomenon for the car industry: ‘iPhonification’

On SuperUnleaded.com: Turned Down For A Ford GT? Now’s Your Second Chance!