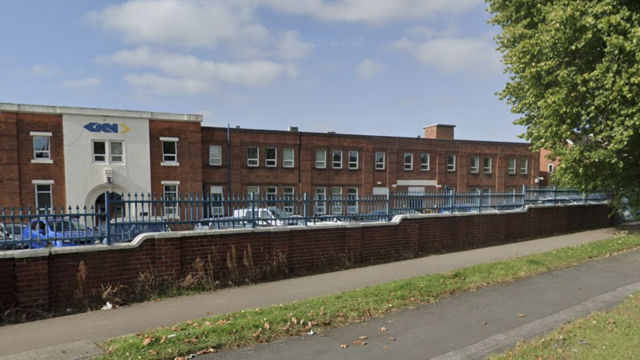 More than 500 jobs are set to be lost after car parts manufacturer GKN Automotive confirmed the closure of its Birmingham factory.

The e-drive specialist will shut the doors of the plant next year after deciding it could no longer survive in the ‘highly competitive’ automotive market.

The closure plan was first revealed in January, and a total of 519 jobs will go, with the work moving to continental Europe.

It had been hoped the factory could remain open after an alternative plan for the site was put forward by a team of union officers, senior management at the plant, shop stewards and Labour MP Jack Dromey.

Those behind the proposals highlighted its ‘high-value’ operational savings and the factory’s ‘highly adaptable’ workforce.

However, bosses have now decided against a reprieve and will plough on with the plans to close the site for good.

The factory – one of the longest-established engineering firms in the country – makes driveline systems. GKN’s other UK sites will be unaffected by the move.

A spokesman for the company was quoted by Birmingham Live as saying: ‘GKN Automotive has fully considered the counter-proposals put forward. However, the outlook for the highly competitive automotive market remains unchanged.

‘Regretfully, therefore, we are proceeding with our proposal to close the site. Supporting our people continues to be our priority.’

Frank Duffy, the plant’s Unite convenor, said: ‘This is a deeply disappointing response from GKN Automotive.

‘Unite entirely rejects the false notion that there is not a long-term viable future for the GKN Birmingham factory.’

Meanwhile, Des Quinn, Unite’s national officer for the automotive sector, said: ‘We are calling on all interested parties including central government, local government, the supply chain, customers and GKN Automotive to come together and ensure the factory’s future.

‘GKN Birmingham has the ability to supply the e-drives that the UK’s automotive sector desperately needs, it just needs the vision, support and investment to ensure it has a crucial role to play in the electrification of UK vehicles.

‘In order for the electrification of cars to be a success in the UK, it is essential that GKN remains open and full functioning, and in order for that to be achieved it needs government support.’