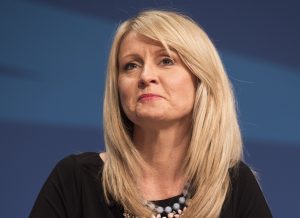 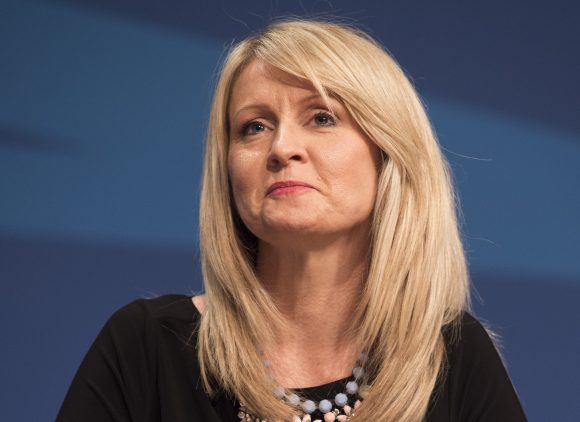 MOTABILITY Operations, the organisation paid by the government to supply vehicles to disabled drivers, has built up a £2.4 billion cash stockpile while paying its chief executive £1.7 million a year, according to a Daily Mail report.

On Tuesday, February 6, the charity hit back at the newspaper, saying it had ‘totally misunderstood’ its financial circumstances but now work and pensions secretary Esther McVey, pictured, has asked the National Audit Office to look into its finances and pay policy.

Those who receive Motability aid from the Department for Work and Pensions (DWP) can agree for their £58-per-week payments to be given by the government straight to Motability Operations, which then provides the claimant with a car, along with insurance, tax, servicing and breakdown cover.

Around £2 billion a year is paid directly from the DWP to Motability Operations Ltd, the Daily Mail reported, with the company having built up a ‘cash stockpile’ of £2.4 billion.

It was reported that the salary of Motability Operations’ chief executive, Mike Betts, was £1.7 million.

When the story broke, Tory MP Nigel Mills, who sits on the Commons public accounts committee, called for an inquiry.

He told the Mail: ‘No charity should be hoarding that kind of money. It is effectively public money and it is completely unjustified that a charitable service for the disabled – with a guaranteed income from benefits claimants – has got so much surplus.’

Labour’s John Mann then raised the issue in the Commons today (February 8) and called for an ‘urgent review’.

McVey responded to Mann’s comments that the cash reserves were ‘grotesque’.

She told MPs: ‘Motability was originally set up 40 years ago with cross-party support. It has done much good in that time.

‘But come today, anybody looking at the size of the reserves and pay packages would question the direction Motability has taken in allowing this to happen.

‘And with the current focus on corporate governance issues and the use of public money, I have today asked the National Audit Office to give consideration to undertake an investigation into this matter.’

Following the discussion in the House of Commons, Motability released a statement in response, saying: ‘Motability has always embraced public accountability and transparency, so we warmly welcome a National Audit Office review and any wider scrutiny from Parliament.

‘However, in the course of the short parliamentary debate earlier today, a significant number of incorrect statements were made about the Motability scheme. We will be writing to the secretary of state, and others who participated in the debate, refuting every single inaccuracy.

‘To avoid any further confusion that may arise as a result of today’s comments, Motability has absolutely no role in the eligibility criteria or award of mobility allowance to disabled people. That is – and always has been – the DWP’s role.

‘Motability categorically does not receive “a direct grant from government” for the scheme. The Motability scheme does not rely on government, or the taxpayer, for direct funding. It was set up so that disabled people could voluntarily choose to use their mobility allowance on the leasing of a vehicle to meet their needs.’

Nearly 5,000 dealers across the UK offer Motability schemes, with around 2,000 different models of car available.

In a statement issued on February 6, Motability Operations said: ‘The Daily Mail claims there is a £2.4 bn ”cash stockpile” or ”spare £2.4bn”.

‘It’s quite clear to us that the Daily Mail has totally misunderstood what this £2.4 billion of reserves represents. It is not held as cash but is used to buy cars for disabled people. This reduces the amount of borrowing required.

‘It also underpins the scheme’s financial stability, protecting it from the business risks it faces, particularly in relation to used car values. The Charity Commission has today stated ”that we consider the level of operating capital held by the company in order to guarantee the scheme to be conservative”.’

‘Remuneration is reviewed against the market to ensure that it is both competitive over the long term, and to ensure that any rewards are related to performance, especially in relation to the quality of service provided to customers.’

It added: ‘The current chief executive of Motability Operations, Mike Betts, has been in place since 2003 and has been instrumental in ensuring the company is able to operate successfully and effectively.’