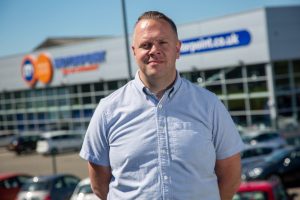 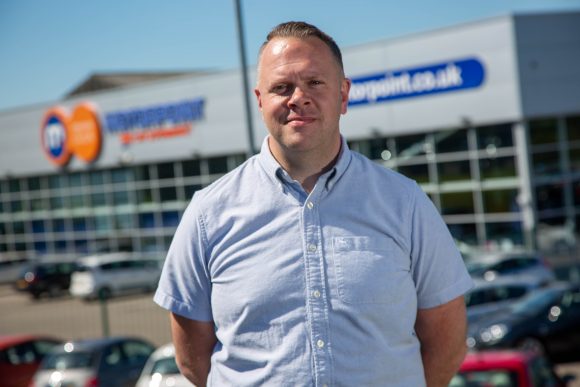 MOTORPOINT has made Richard Start the new general manager for its Birtley car supermarket.

The 41-year-old, who previously worked in senior management roles within the hospitality industry, will oversee the running of the site in County Durham, which opened its doors to the public in November 2015 after a multi-million-pound investment in the five-acre site.

‘I’m absolutely delighted to be appointed the new general manager for Motorpoint Birtley,’ said Start. ‘We have a fantastic team on site giving us the perfect platform from which to further establish ourselves as the north-east’s car buyers’ champion, offering award-winning levels of choice, value and service to our customers.’

His appointment comes just weeks after the branch adopted a new charitable partner for the next 12 months – the Sir Bobby Robson Foundation. ‘We’re thrilled to have partnered with the Sir Bobby Robson Foundation,’ added Start, who is a keen amateur footballer, ‘and we look forward to working closely with the team at the charity to help support their pioneering work in cancer research.’