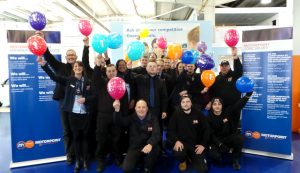 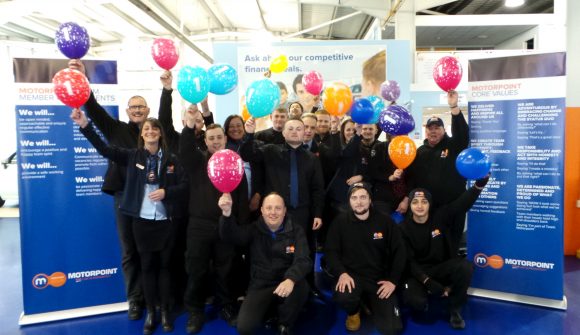 MOTORPOINT is celebrating its first anniversary in the north-east of England by offering one person the chance to win £1,000 of vouchers.

The car supermarket opened its nine-acre branch in Durham Road, Birtley, last November after a multi-million-pound investment in the purpose-built supersite, creating more than 50 new jobs. Since then, Motorpoint Birtley, which stocks 600 new and nearly-new low-mileage cars on site with instant access to 6,000-plus more in group stock, has sold vehicles cars to customers from across the north-east, north-west and Scottish Borders.

To mark its birthday Motorpoint is giving visitors to the Birtley site the chance to scoop £1,000 of Love2Shop vouchers. To win, visitors need to visit Motorpoint between now and Sunday, November 13 and correctly guess the number of footballs in a Fiat 500 that is next to the main reception. The winner will be chosen at random on Monday, November 14.

Motorpoint managing director Mark Carpenter said: ‘We thought we’d celebrate the first anniversary of Motorpoint in Birtley in timely fashion by giving one lucky person the chance to win £1,000 of Love2Shop vouchers just before Christmas. We’re also offering everyone who visits next week a complimentary coffee and a slice of our birthday cake as a way of saying thank you.’

MORE: Transport of delight as Motorpoint arrives on the Monopoly board

MORE: Motorpoint shares drop after it announces margins have been hit by Brexit

On SuperUnleaded.com: Police Interceptors’ Kev Drives Them Wild As One Of UK’s Hottest Professional Drivers