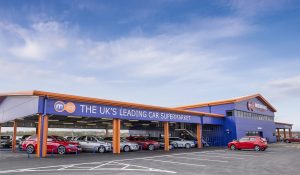 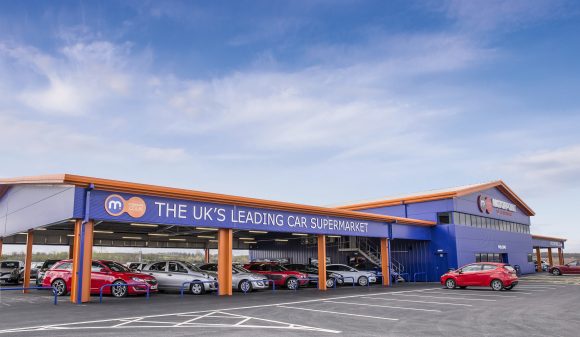 Motorpoint set for 64 per cent leap in pre-tax profit

MOTORPOINT expects its underlying pre-tax profit for the half-year to September 30 to be circa £10.5m – a leap of 64 per cent compared with the same period last year.

Making the announcement today in a trading update ahead of its interim results, it also said revenue had grown by more than 18 per cent. Earlier this year, Motorpoint reported that post-tax profits had fallen by 35 per cent in spite of increased revenue.

The group, which is the UK’s largest independent vehicle retailer, attributed the latest results to increased sales from sites open longer than one year and recent showroom openings.

Two sites – Castleford, pictured, and Oldbury – reached their first anniversary during that time and both are reported to be delivering an encouraging performance. Meanwhile, Motorpoint’s 12th site opened in Sheffield in April and is said to be building good sales momentum in its first year of trading.

The group’s underlying profit before tax for the half-year to September 2016 was £6.4m.

It said today: ‘The board continues to closely monitor customer confidence in light of the ongoing economic and political uncertainty. However, the board is pleased with recent trading performance and remains confident that Motorpoint’s independent and flexible model leaves it well placed to continue to grow market share.’

Its half-year interim results will be published on November 29.

MORE: Motorpoint’s profits fall by 35 per cent despite increased revenue