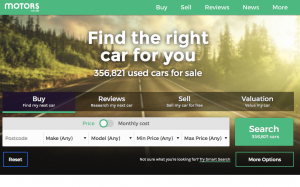 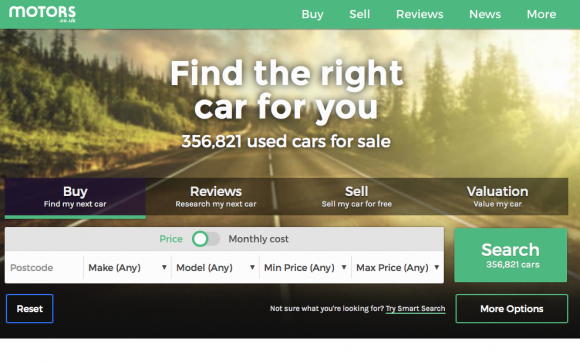 ONLINE car marketplace Motors.co.uk has been nominated for a Dadi Award.

Motors.co.uk has been shortlisted in the automotive website, app or campaign category for its work with SEO agency Caliber. Fellow nominees include Bentley, Jaguar Land Rover and Seat.

The collaboration with Caliber meant Motors.co.uk saw a 36 per cent increase in organic traffic from January to July 2017, as well as a 43 per cent rise in vehicle views.

July 2017 also saw Motors.co.uk gaining a 68 per cent year-on-year traffic increase, as the website ranked at the top of Google results for the search term ‘used cars’.

Additionally, Motors.co.uk’s page load speed has increased by 44 per cent since the partnership began.

Shane Horsfall, head of digital marketing at Motors.co.uk, said: ‘The Dadis are renowned in the marketing events calendar, so we are naturally thrilled to be included in the shortlist against some big names.

‘Our online performance this year has been fantastic and positions Motors.co.uk as a key and critical challenger in the market.’

The Dadi Awards 2017 will be held at the Park Plaza Hotel, Westminster Bridge Road, London, on October 19.