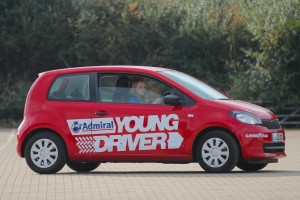 Moves are being made to include driving on the school curriculum. And that would mean more young people experiencing the thrills of getting behind the wheel, and wanting to learn to drive and buying a vehicle of their own as soon as they’re old enough.

The school curriculum idea is being supported by several motoring organisations.

The petition was launched in a bid to help cut the high number of accidents involving newly-qualified drivers on the UK’s roads. Launched by Young Driver, the UK’s largest provider of pre-17 driving lessons, the petition already has backing from the Institute of Advanced Motorists, the RAC, the Driving Instructors Association, the Association of British Insurers, the Motor Schools Association of Great Britain, Admiral, Goodyear and TV presenter Quentin Willson. 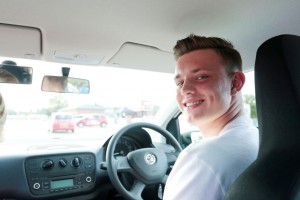 One in five new drivers has an accident within six months of passing their test and road traffic accidents account for 25 per cent of the deaths of 15-19 year olds in the UK, compared to just 0.5 per cent of the overall adult population. Every year 400 people are killed in accidents involving young drivers.

The petition does not propose lowering the age at which people can take to the roads, but instead suggests youngsters should start to be taught about driving at school, via both practical and classroom-based lessons.

Independent research undertaken on behalf of Young Driver showed past pupils of the scheme, which takes students from age 11, are half as likely to have an accident when they do pass their test. Pilot studies in Europe have also shown a 40 per cent reduction among novice driver groups who trained at school.

To add your signature to the petition, click here.

MORE: Auto Trader: Where car dealers get it wrong – and get it right

On superunleaded.com – New Cosworth-Powered Morgan Is Here To Scare Your Grandad

Motors.co.uk extends its network – and hopes to reach younger drivers