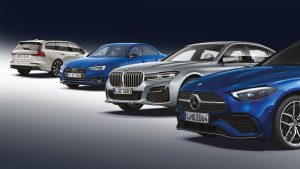 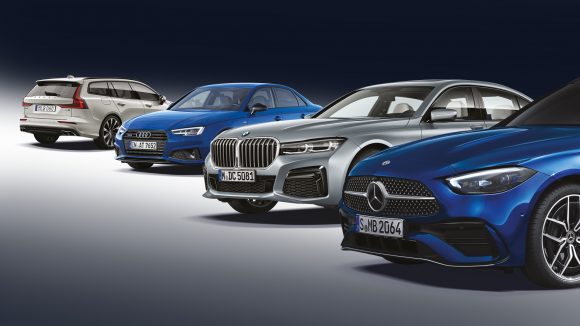 Premium brands BMW and Volvo have ruled out selling their cars alongside each other in the same dealership.

BMW has categorically stated it has no plans to change the way it sells its models while Volvo said it will continue with ‘dedicated Volvo retail spaces’ to back up its future online only sales model.

Mercedes refused to comment on ‘speculation’ it might one day sell cars alongside those of its rivals in the same dealership.

Jaguar Land Rover and Audi didn’t respond to a request for comment.

Last week, Vertu Motors chief executive Robert Forrester said he believed it was only a matter of time before premium brands are sold together under one roof.

During a special Car Dealer Live interview he said he was already in talks with some premium brands about coupling them together in one location and that we ‘might surprise ourselves’ with those that agree to do it.

Respected journalist Steve Fowler, editor-in-chief of Auto Express, said he thinks it’s something buyers want and that it may eventually be something for law makers to rule on.

He told Car Dealer: ‘Key to this is whether customers would actually want to be able to compare cars side-by-side, and I would say that they would.

‘It’s the same in many other retail environments with other premium products, so why not cars?

‘Whether or not the carmakers allow this is another matter. Increasingly they see the brand experience as a big part of the sales process and not having control over that will be something that they would worry about.

‘However, it might become something for legislators to look at.’

Multi franchising, as it’s known, where more than one brand is sold from one dealership is pretty common across the industry.

Many brands allow their dealer partners to share retail space and forecourts – but it’s uncommon with premium manufacturers.

Wessex Garages MD Chris Wiseman runs two multi franchise locations. In Newport he has Kia, Hyundai, Renault and Dacia in one location and in Gloucester he has Nissan and Kia on the same site.

He told Car Dealer: ‘Multi franchise sites can work well with complimentary brands and can have obvious economies of scale where sites’ capacity lends itself to the ability to sweat the asset.

‘The downside is the individual requirements on brand standards and the potential increase in cost of staffing, like separate aftersales areas, brand managers and demonstrator requirements.

‘Some brands lend themselves more to solus representation, particularly those in more urban or big city locations with multi franchise being better suited to less expensive areas where land costs are lower.’

Wiseman said it will be ‘interesting’ to see where premium brands ‘see themselves in the future’ and many will realise that a ‘one size fits all’ approach doesn’t work.

He said: ‘Certainly some brands are thinking more about bigger areas for groups with smaller satellite operations to cover the total industry volume, reverting to a hub and spoke system seen a few years back.’

He said: ‘This already occurs in areas where a dedicated showroom doesn’t make sense.

‘Jersey and Guernsey have combined BMW and Mercedes facilities, with separated inside corporate identity standards. So it can work economically to gain some market share.

‘However, I do not foresee this as a significant matter for the wider network for prestige as much of the “value” of the OEM is wrapped up in the value of ”the brand” cache.

‘[Manufacturers] would be very reticent to encourage anything that blurs their brand values with a competitor.’ 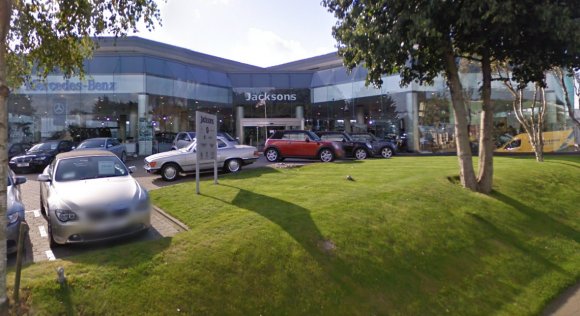 ‘I think the economic reality will drive multi franchising.’

He said: ‘The shift to EVs will hugely simplify car making and also servicing. A major source of revenue for many dealers will be hit as EVs will be much simpler and require less servicing.

‘Also, shared EV mega platforms, as we see between VW and Ford, could mean that some dealers will be able to service a range of different models across different brands based on a few such mega-platforms, something PSA-Fiat proposed to the European Commission to get regulatory approval for their merger.

‘The key takeaway is that the big EV changeover will probably mean fewer dealers perhaps servicing a wider range of models and brands based on shared technology.

‘Some dealers can still prosper but only if they do things differently in this new EV world.’

A spokesperson for BMW ruled out allowing dealers to share their space with other brands.

‘There are no plans to change the UK retailer franchise agreement to facilitate the sale of BMW vehicles alongside those of other brands,’ said the German firm.

‘Dedicated BMW retailers across the country play a vital role in delivering our brand experience to customers.’

Volvo has recently announced it will sell cars exclusively online from 2030 with its dealers becoming handover centres.

A spokesperson said: ‘Our long-term digital sales strategy is complemented by dedicated Volvo retail spaces that provide customers with physical places where they can see and experience our range of electrified products through test drives and talking to our expert product advisors.

‘We will continue to strive in offering customers a seamless, premium experience to reflect our brand, and as such our long-term plan is to do this exclusively in partnership with our retailer network.’