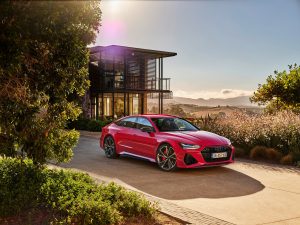 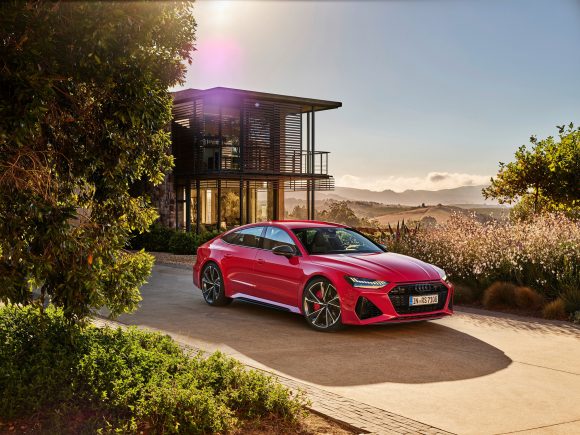 AUDI has dropped the covers on its new RS 7 Sportback at the Frankfurt Motor Show.

Powered by a 4.0-litre twin-turbocharged V8 with 592bhp and 800Nm of torque, it’s capable of hitting a top speed of 155mph – although an optional upgrade can lift this to 174mph, or 189mph if the ‘Dynamic Package Plus’ option is selected.

It sees a 48-volt electrical system linked to a belt alternator that can actively recover energy and use this to power auxiliary functions. This means that when using higher gears, the engine can shut down cylinders 2,3,5, and 8 to improve fuel consumption.

The RS 7 has been given a distinctive look compared with the regular A7. It sees a front added that is 40mm wider than the standard car, while new 21-inch alloy wheels only bolster the car’s visual appeal. A new rear bumper features too, housing two large oval exhaust pipes.

Inside, the cabin is similar to that of the A7, albeit with a set of leather sports seats and a flat-bottomed steering wheel added to give the car a sportier feeling. In addition, the RS 7 gets two driving modes – RS1 and RS2 – which lets drivers tailor the car’s settings to their needs, and access them via these two dedicated buttons.

The RS 7 is slated to arrive in the UK early next year, but no official prices have been released as yet.