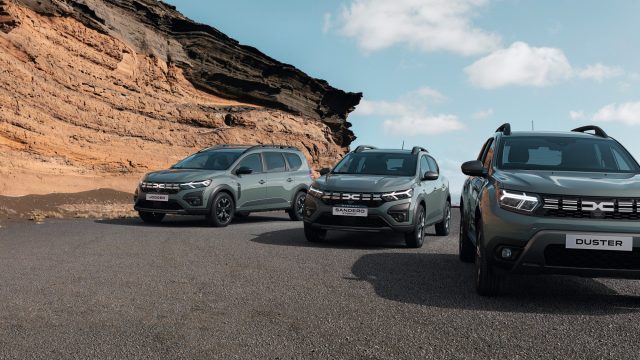 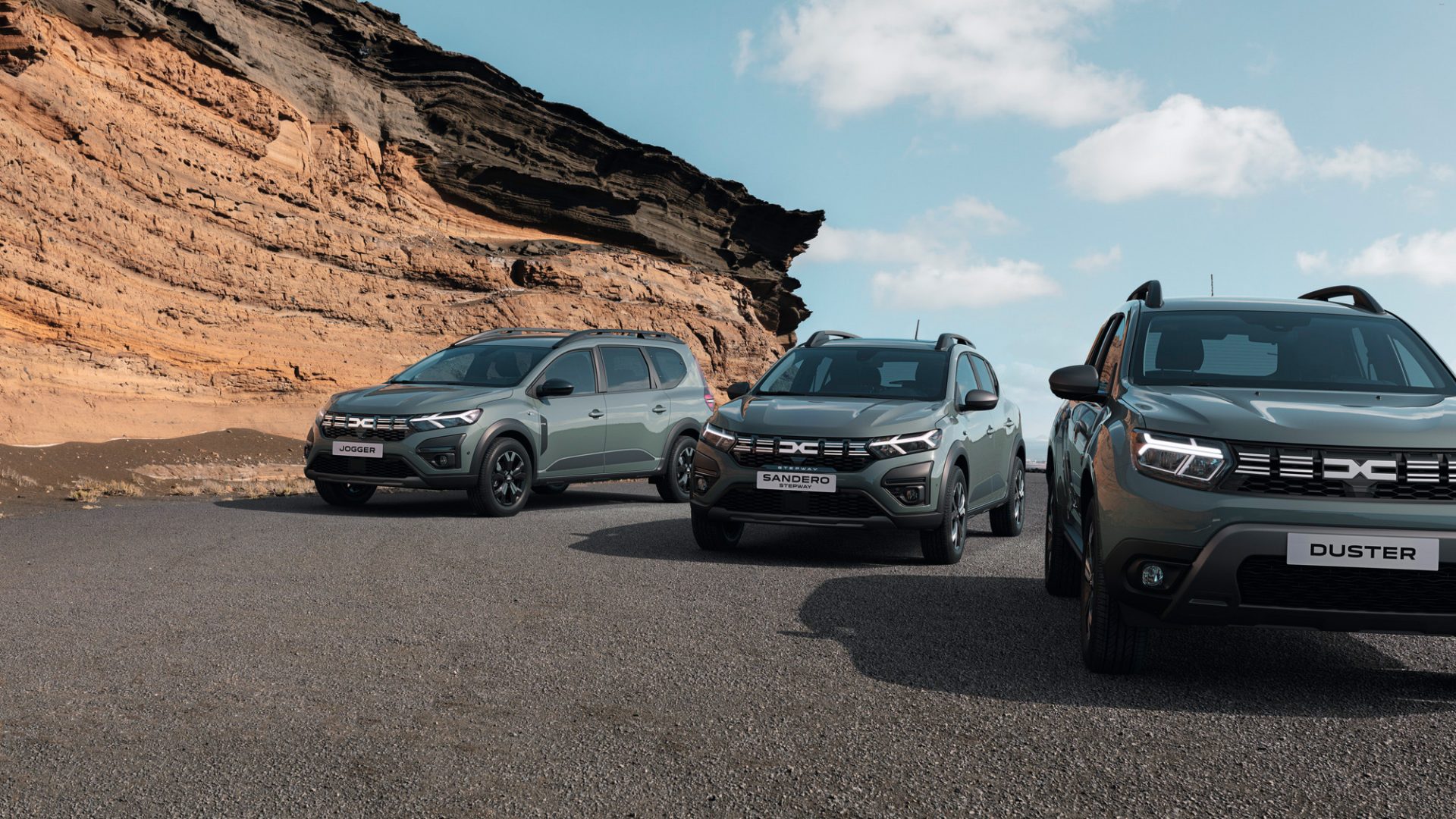 New branding for Dacia range is revealed as design is refreshed

Dacia has updated the styling across its current range of cars.

The revised Sandero, Jogger and Duster all now have the updated Dacia ‘Link’ emblem, which is part of the front grille design of all three cars.

The logo has been simplified as well, making it ‘easily identifiable’ when viewed up close or from far away, according to Dacia.

In addition, the Sandero Stepway and Duster now feature a ‘Monolith Grey’ finish for the roof rails, front and rear skid plates plus wing mirrors.

It follows the change in communication materials in mid-2021, followed by the new look for the dealer network that began earlier this year.

Dacia chief executive Denis Le Vot said: ‘The reveal of the entire Dacia range with the new visual identity marks the third and final chapter of the deployment strategy.

‘This new universe is in line with our values – simple, robust, authentic – in a more assertive and modern way.

‘This deployment is a new visible impetus for Dacia in achieving its ambitions.’

All three cars are being updated simultaneously, with the new-look vehicles set to debut at the Mondial de Paris in October, with the first of them arriving in dealerships just after.

Customers will be able to order the updated models from tomorrow (Jun 16).

Dacia has also said it’ll become the Renault Group’s first brand to have all its vehicles limited to a top speed of 180kmh (112mph) – one of the commitments made by the group at its annual meeting last year.