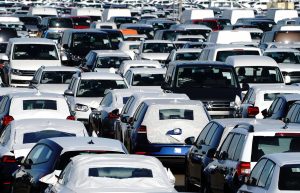 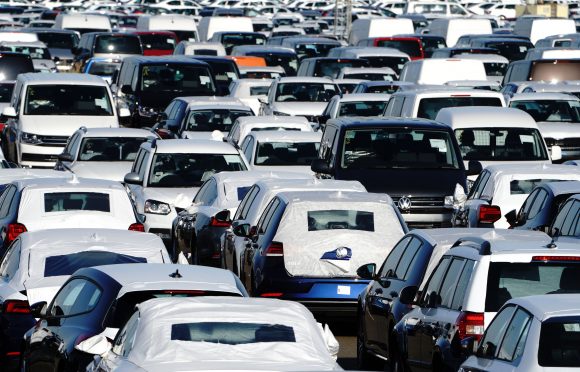 THE UK new car market remained steady in August, with just 1,521 fewer cars registered than in the same month last year, according to figures released today by the Society of Motor Manufacturers and Traders.

Registrations fell by 1.6 per cent as falling demand for diesel and plug-in hybrid vehicles continued to affect the overall market.

Private and fleet sector registrations declined in the month – down 1.7 per cent and 3.5 per cent respectively – as demand in the small-volume business segment increased by some 962 units.

Meanwhile, diesel registrations fell for the 29th month in a row, albeit at a slower pace than recently experienced (12.2 per cent), while petrol demand remained stable – up 1.0 per cent.

Zero-emission cars saw the biggest percentage growth – up 377.5 per cent – to 3,147 units as new models and some pent-up demand boosted registrations, while 4,014 hybrid-electric cars also joined UK roads: an uplift of 36.2 per cent.

The third best-selling vehicle last month was the Tesla 3 – listed as ‘Other’ in the SMMT’s table – with 2,082 models shifted. Tesla doesn’t officially register its sales data with the SMMT, hence the designation.

However, the decline in plug-in hybrid registrations continued – down 71.8 per cent to just 907 vehicles.

Although new powertrain technologies are now rapidly coming to market – with the range set to almost double over the coming year – the SMMT said much more needed to be done, and quickly, to address consumer concerns over cost and infrastructure to make the emerging technology more accessible, as demand was still lagging behind ambitious government targets.

Mike Hawes, SMMT chief executive, said: ‘August is typically the new car market’s quietest month, so the huge increase in EV registrations is very visible but especially welcome. It’s great to see consumers respond to the massive industry investment made over many years.

‘While this is encouraging, these figures also show the scale of the challenge ahead. It’s a long road to zero, and while manufacturers can deliver the technology, they can’t dictate the pace of uptake.

‘To support a smooth transition and deliver environmental gains now, we need a long-term government commitment to measures that give consumers confidence to invest in the latest technologies that best suit their needs.’

It comes as a What Car? survey revealed that electric and hybrid cars are among the most dependable.

A study of 18,119 cars for its annual Reliability Survey found that Kia Soul, Lexus CT Hybrid and Toyota Yaris Hybrid are the most reliable models with perfect 100 per cent reliability ratings.