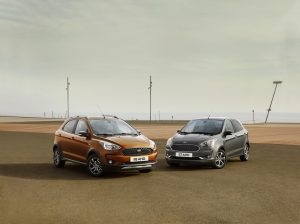 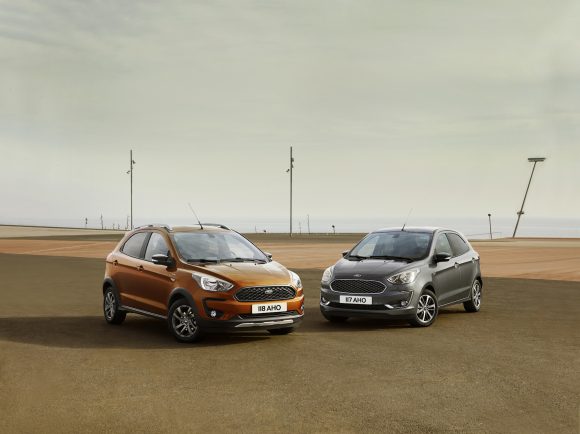 FORD has unveiled its new Ka+ range, which includes an SUV-inspired crossover.

With a larger interior space than its predecessor, and a fresh tech update, the new range of Ford’s smallest car goes on sale later this year.

Prices start from £10,795, with the Ka+ plus also available in either Studio or Zetec spec. 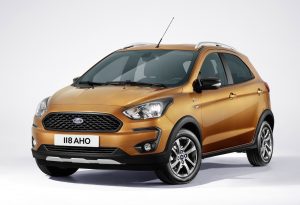 The Ka+ Active is the first Active car to be offered by the American manufacturer, ahead of the launch of the Fiesta Active.

The new range comes with a choice of powertrains, including Ford’s new 1.2-litre, three-cylinder petrol engine – offering 70bhp – and, for the first time on a Ka+ model, a 94bhp 1.5-litre TDCi diesel engine.

Speaking about the inclusion of a crossover in the range, Roelant de Waard, vice president of marketing, sales and service, said: ‘Last year Ford sold more than 200,000 SUVs in Europe for the first time, and demand for SUV and crossover models has never been higher. 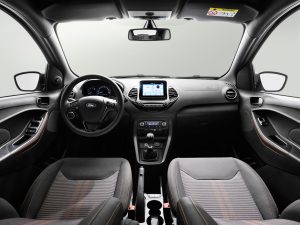 ‘Our new Ford Ka+ Active model will this year make the crossover affordable to even greater numbers of customers, with aspirational styling, sophisticated technologies customers would expect to see in much more expensive cars.’

De Waard said: ‘Ford has sold more than 61,000 Ka+ models since we first introduced the it in late 2016, and now we’re offering customers even more choice with our first Ka+ diesel engine for greater fuel-efficiency and cruising ability, and all-new petrol powertrains that are more responsive in town, all meeting the latest stringent emissions standards.