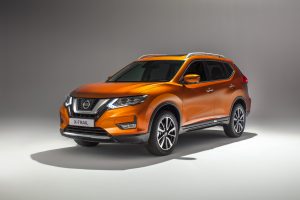 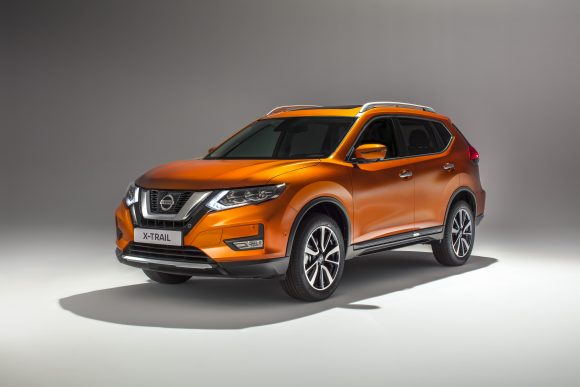 A new look and lots of upgrades for Nissan X-Trail

NISSAN has revealed refreshed styling and a whole suite of upgrades for its best-selling SUV.

The Japanese car manufacturer says that the improvements to the X-Trail have strengthened its position as a family car in the wake of recent customer feedback.

For example, a redesigned cabin has seen boot space increase from 550 litres to 565, while there’s more legroom for rear passengers.

Exterior upgrades include a wider grille and a new bumper, while the headlights have been redesigned to differentiate between LED and halogen models.

Inside, there’s a new D-shaped steering wheel, which Nissan says will make the cabin easier to climb in and out of. Top-spec Tekna customers can choose a new tan and black leather upholstery, while heated front and rear seats are now an option for the first time.

Tekna models also now get an all-new eight-speaker Bose Premium audio system, which Nissan describes as the most complete system it has ever offered in Europe. Meanwhile, DAB radio is now standard across the range, and the NissanConnect touch-screen system has been redesigned to be easier to use.

The X-Trail has sold more than 3.7 million units worldwide since it was introduced in 2000. Approximately 115,000 have been sold in Europe since the latest generation went on sale in 2014.

The new X-Trail has been unveiled at a special event in Cardiff ahead of the UEFA Champions League final, which is taking place in the city tomorrow. Nissan has been the official automotive partner since 2014.