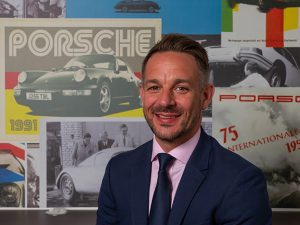 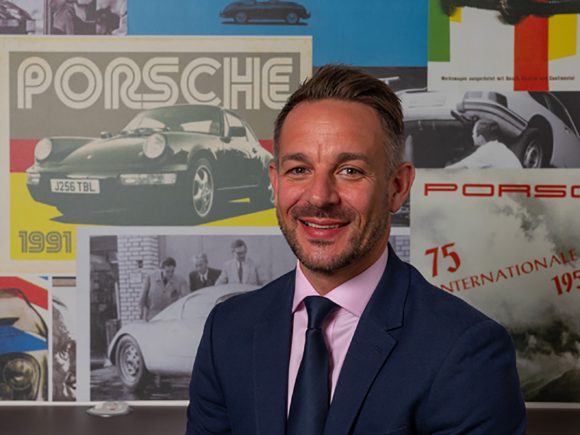 He took up his new role on February 1, following the retirement of Ade Smith.

Flint joined Porsche Retail Group in 2015 as centre principal at Porsche Centre Guildford, where he oversaw growth and improvement across the business.

The dealership achieved record profitability in 2019 – and in addition, was the number-one centre for new car sales and registrations in the Porsche GB network and recorded an outstanding employee satisfaction score.

Flint said: ‘The culture of trust and autonomy at Guildford is the driver for all these successes as well as great staff and customer interactions, and I’m looking forward to continuing this approach within a group environment.’

Flint becomes the highest profile appointment of Porsche Retail Group’s ‘promote from within’ strategy, an approach which has seen a number of senior management roles filled by those who have progressed through the organisation.

In fact, Flint was Ade Smith’s first recruit when Smith joined Porsche Retail Group, so it seems appropriate that he has now taken the reins.

Formed in 2003, Porsche Retail Group is a wholly-owned subsidiary of Porsche Cars Great Britain. Its five dealerships operate in locations such as central London, Hatfield and Reading