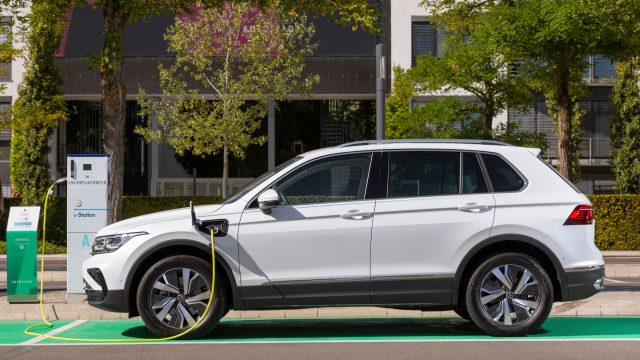 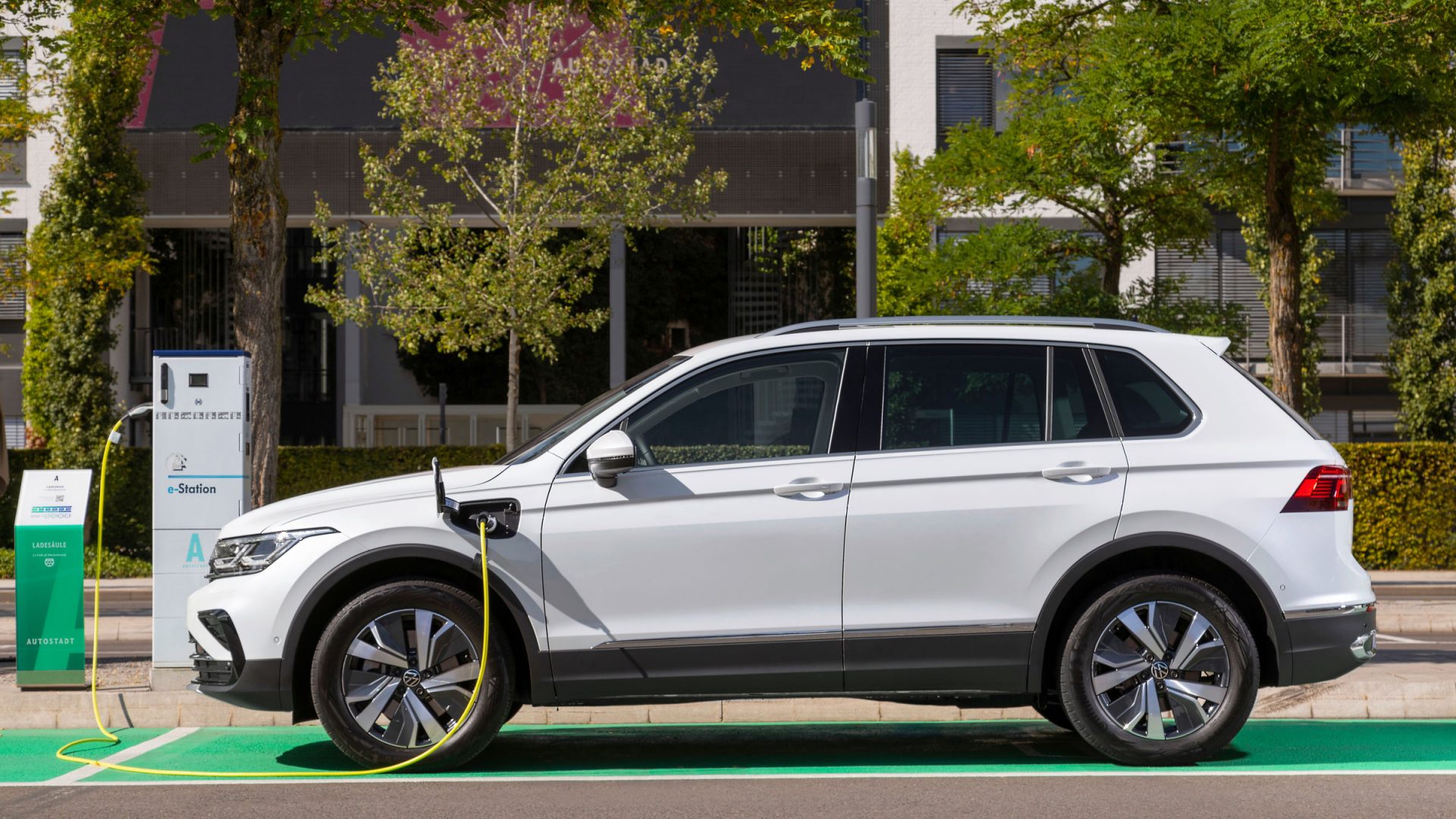 A new plug-in hybrid version of Volkswagen’s popular Tiguan SUV has officially gone on sale with prices starting from £35,515.

The Tiguan eHybrid became available to order yesterday (August 5) and comes in three levels of trim – Life, Elegance and R-Line.

All come with a generous level of equipment including three-zone automatic climate control, adaptive cruise control and front and rear parking sensors.

Every hybrid model also has an eight-inch infotainment screen with built-in navigation.

Prices for the middle-of-the-range Elegance trim start from £37,780, with the upgrade bringing a heated steering wheel, keyless entry and a 10.25-inch digital instrument cluster.

It also comes with various additional driver aids such as a rear-view camera and predictive cruise control.

The range-topping R-Line starts at £38,120 and adds extensive styling upgrades including a sporty body kit and a roof spoiler and 20-inch alloy wheels.

The car’s petrol power comes from a 1.4-litre engine which is teamed with an electric motor to produce a combined 242bhp.

Depending on the level of trim, CO2 emissions sit between 38 and 43g/km.

The numbers mean it benefits from a low benefit in kind rate of 11 to 13 per cent, making it appealing to company car buyers.

It can travel up to 30 miles on electric power alone, so shorter journeys won’t require the petrol engine at all.

As such, its official fuel economy figure is 177mpg, though naturally this comes down to how often the battery gets topped up.

Nick O’Neill, head of fleet at Volkswagen UK, said: ‘The brilliant Tiguan is already regarded as a great all-rounder, and with the introduction of the Tiguan eHybrid this appeal is boosted even further.

‘It is not just fleet managers and company car drivers who will love the Tiguan eHybrid though – the family-friendly Tiguan is up for almost any challenge life can throw at it, and now there’s the flexibility of local trips with zero-tailpipe-emissions to add to the list.’