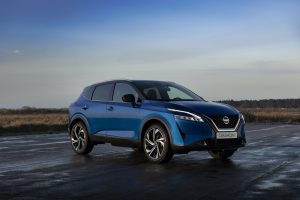 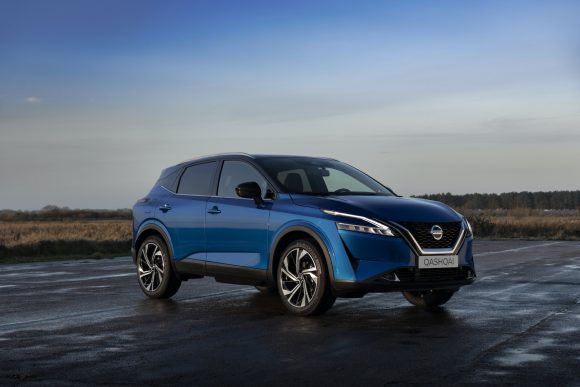 Nissan bosses are celebrating after the all-new Qashqai was confirmed as the UK’s best-selling crossover.

The third generation model recorded an impressive 4,108 registrations in September, according to SMMT figures.

That places it at the top of the list as far as crossovers are concerned and represents almost half of the 10,586 new Nissans sold last month.

The Japanese brand recorded a 4.3 per cent market share in September, also boosted by the 1,066 sales of the all-electric Leaf.

According to the SMMT, with almost one in ten (9.5 per cent) of cars sold in the UK was a battery electric vehicle.

A total of 6,156 Nissan Leafs have been registered in the calendar year to date, representing a 10 per cent increase on the figure for the same time in 2020.

Elsewhere, Nissan also recorded one of the best customer satisfaction rates of any major manufacturer – 97 per cent.

Nic Verneuil, sales director at Nissan Motor GB, said: ‘I couldn’t be more delighted with the instant impact all new Qashqai has had on our sales performance, as well as the rapidly growing consumer appeal of electric vehicles like our Leaf.

‘Even better than this though, is the fantastic feedback we’re getting from our customers on their experience of our brand.

‘In September, our dealer network achieved a 97 per cent customer satisfaction rate which, despite the challenges currently faced by our industry, highlights our relentless focus on the customer experience and the continued positive impact of our dealer partners on Nissan customers and prospects in the UK.’